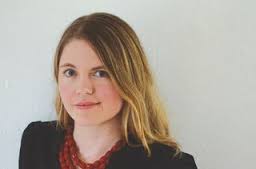 Emily Urquhart has been named as one of four finalists for the 12th annual B.C. National Non-Fiction Award.

Her book Beyond the Pale has been shortlisted from among 137 entries by jury members Anne Giardini, Richard Gwyn and Hal Wake. The award will be presented on February 4th by the British Columbia Achievement Foundation. Including her description of a trip to Tanzania with her husband to investigate the high incidence of albinism in that country, Emily Urquhart’s memoir Beyond the Pale: Folklore, Family and the Mystery of our Hidden Genes (HarperCollins $29.99) investigates the phenomenon of albinism from her perspectives of folklorist and the mother of Sadie, a daughter diagnosed with albinism, a rare genetic condition.

We learn, among many things, that the term ‘albino’ is about as politically incorrect as retard or homo. People with “oculocutaneous abinism” have little no pigment in their skin, hair and eyes. As well, they have little protection against the sun; burns are quick and dangerous and may cause skin cancer.

“Low pigmentation,” she writes, “results in photophobia, meaning that daylight, particularly the searing rays of high noon, can be intolerable.”

With a doctorate in folklore from Memorial University of Newfoundland, Emily Urquhart of Victoria won a National Magazine Award in 2014.