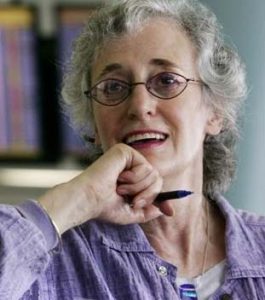 Wendy Morton started the Random Acts of Poetry movement, which encourages poets across Canada to read poems and give copies of their books to passers by.

In 2017, she received a Meritorious Service Medal from the Governor General and the Order of British Columbia for her work.

“We are delighted that Wendy has accepted this award from the Federation and look forward to many more years of partnering with her on behalf of writers and especially young writers,” said Ann Graham Walker, president of the FBCW, in announcing the award.

“Wendy was chosen this year in part because of her work as creator of the Elder Project — an initiative that brings indigenous students together with their elders to capture cultural narratives and empower the students to write poems and publish them in a chapbook.”

Nominations for next year’s award will open on the FBCW website, bcwriters.ca, in November.  For more information contact Ann Graham Walker at president@bcwriters.ca. 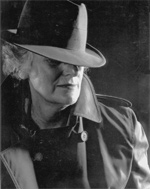 Wendy Morton was born in South Bend, Indiana in 1970. She moved to Canada in 1970 and now lives in Sooke. She has worked as an insurance investigator for more than twenty years. As the coordinator of the Mocambopo reading series in Victoria, Morton became an influential figure in the landscape of B.C. poetry, releasing her second collection of poetry, Undercover (Ekstasis 2003), as a follow-up to Private Eye. As the founder of “Random Acts of Poetry,” she has instigated unusual poetry promotion campaigns with Westjet Airlines, Daimler-Chrysler, Prairie Naturals Vitamins, Fairmont Hotels, Fujifil and AbeBooks. Morton has also hosted Planet Earth Poetry in Victoria, a weekly poetry venue for more than a decade.  She believes that poetry is the shortest distance between two hearts.

What Were Their Dreams? Valleys of Hope and Pain: Canada’s History (2009)