Solitudes of the Workplace 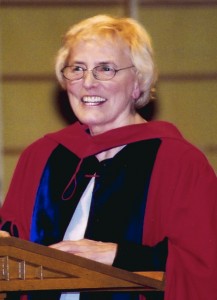 As professor emerita of anthropology at UBC,  Elvi elvitaker edited Solitudes of the Workplace (McGill-Queen’s University Press $37.95). Publicity touted the book as “…perhaps the best current collection on women in universities in Canada…Whittaker’s editorial hand is strong.” The collection of essays deals with marginalization, uncertainty and segregation arising from the hierarchies in universities and gendered identities. It includes stories of support staff, senior administrators, researchers, non-academic administrators, and contract teachers in addition to the usual focus on faculty and students. The essays also show how new knowledge is introduced and the resistence encountered during the process, as well as how institutional policies can blur and change identities. Frequently, official policy conflicts with everyday knowledge, especially when tenure and other status changes create troubling new realities. Solitudes of the Workplace is ultimately a look at the isolating experiences and inequities found in institutional environments such as universities. 978-0-7735-4633-2