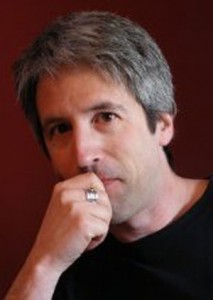 When a cow named Audrey learns she could be headed to the slaughterhouse, she goes AWOL from Bittersweet Pastures in Dan Bar-el’s amusing and heartfelt Audrey (cow) (Tundra $21.95). Her farmyard getaway adventure is narrated by thirty voices, as if the tale of Audrey’s escape is an extended news story. We follow her fate with commentaries by six humans, four cows, three sheep, two sheep dogs, one pig and a silly rooster. Back in 2002, Bar-el read a news item about a thousand-pound Charolais cow that escaped from a slaughterhouse in Cincinnati by jumping over a six-foot fence. It avoided capture for eleven days, providing inspiration for Bar-el’s story. The cow was dubbed Cincinnati Freedom and given the key to the city. Its notoriety prevented her death. She lived the rest of her days at an animal sanctuary in New York. Dan Bar-el of Vancouver is married to goldsmith Dominque Bréchault. 978-1-77049-602-6. Illustrated by Tatjana Mai-Wyss