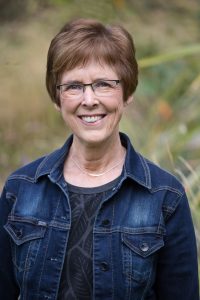 A long-time resident of Nelson, JG (Judy) Toews was born on Salt Spring Island and raised in North Vancouver. A graduate of UBC, she is a former teacher, nutritionist, columnist, and non-fiction author. Set in Nelson, her debut novel Give Out Creek (Mosaic Press, $24.95) was shortlisted for the Arthur Ellis Award for best unpublished first crime novel by the Crime Writers of Canada. Having returned to a small mountain town where she grew up, newspaper reporter Stella Mosconi doesn’t ever mention her crippling fear of deep water. With spring runoff, the alpine creeks are swelling as she watches the level of the lake rising outside her door. When a new friend is found dead in her rowboat, she is drawn into the investigation despite a complicated history with the police officer in charge. Stella struggles to hold her family together following the death of a second woman who was suspect in the initial investigation. Ultimately she will have to find the courage to overcome her intense fear of water in order to help solve the murders.