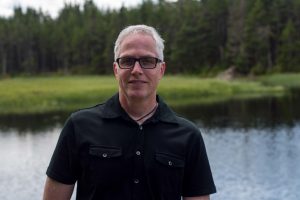 In his debut novel, The Killer Trail (NeWest 2014), crime novelist D.B. Carew introduces the character, Chris Ryder, a Vancouver psychiatric social worker who gets drawn into the mind games of a murder suspect. In Carew’s second thriller, The Weight of Blood (NeWest$18.95), he follows Chris Ryder as he is called in to learn as much as he can about an extreme autistic young man who has been found covered in blood at the scene of a murdered ice cream truck driver. Ryder must also deal with his own vicious half-brother, a strained relationship with his father, and the after-effects of his previous brush with murder. 978-1-988732-92-3