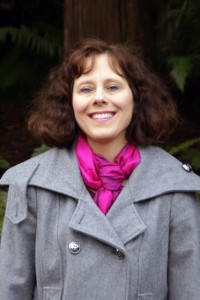 To be launched on September 17, at the Cottage Bistro on Main Street in Vancouver, 8 pm, with fiddlers Mairi Rankin and Jenny Ritter for added entertainment, Suzanne de Montigny’s new paranormal novel about bullying, A Town Bewitched (Books We Love $14.95), is about a child prodigy in classical violin who struggles to be accepted in the smalltown of Hope, British Columbia. It doesn’t help that her father has just died. When a fiddler with seemingly no past, Kate McDonough, bewitches the townsfolk with her Celtic music, strange things start to happen, including vandalism, and only Kira suspects who the real perpetrator is. A Town Bewitched received the 2013 Dante Rossetti Award for Best Coming of Age Novel. 978-1-77299-124-6

Suzanne de Montigny of Burnaby was born in Vancouver, B.C. in 1960 and grew up in Chilliwack where her father, Dr. Pol de Montigny, practiced medicine. Her mother, Pierrette, a legal secretary, was from Quebec. A pianist since age six, Suzanne de Montigny completed her ARCT in piano performance in grade eleven after winning the grand championship at the Fraser Valley Music Festival in 1978. She studied music composition at the University of Victoria and continued her studies in composition at the University of California San Diego where she gained an MA in 1985. At twenty-three, Suzanne was invited to perform her piece, Direct Current, at the Music at La Mamma concert series in New York.

Moving to Vancouver, B.C., she played various gigs around town and composed music for Knowledge Network, the CBC and for various videos. She composed the score for a CBC episode of Lies from Lotusland and taught piano at the Delta Institute of the Arts, Central Valley Academy of Music, and Trinity Western University.

She later taught music in classrooms for the Catholic School Board, the Vancouver School Board, the Conseil Scolaire Francophone and the Burnaby School Board over a period of twenty years. Sometimes she rewarded more difficult classes for good behaviour by inventing stories. At age thirty-nine, she married John Yu, an engineer, and had two sons. While cleaning the basement one day, she found an old, dusty box from her childhood that contained her first attempt at a novella from when she was in grade six, partially rewritten in her teens. After tossing it out, she retrieved from the trash two days later and reignited her story about unicorns.

The first of her proposed trilogy, Shadow of the Unicorn: THE LEGACY, was released in 2012 by Muse It Up Publishing, then again in 2016 by Books We Love. The series concerns racism and an endangered species. “Azaria, a unicorn colt, is intrigued when the young, clairvoyant dinosaur, Darius, foresees a terrifying change to their world. When a giant fireball smashes into the earth, the unicorns struggle to survive the hurricanes and starvation that follow. But nothing compares to the danger when the creatures-that-walk-on-two-legs settle in the valley, and their leader discovers the healing power in the unicorns’ horns. Greedy and ruthless, Ishmael will stop at nothing in his pursuit of wealth – even the complete extinction of the herd. Now a young stallion, Azaria must use his wits to save the unicorns.” (Books We Love 2016 $14.95 978-1-77145-923-5)

The sequel is Shadow of the Unicorn: THE DECEPTION. “Sixty years after the unicorns’ narrow escape from extinction, Azaria’s Legacy has gone wrong. The new generation barely exists, hidden in the depths of the forest. Their cruel and ruthless leader, Icarus, threatens them daily with Jaresh, an invisible being capable of taking away their powers. Angry, the young colt Ulysees and his friend Téo rebel, following an old, abandoned trail where they’re discovered by humans. Now the entire herd must flee. But Ulysees learns there’s a far greater danger than humans when he meets a giant creature who warns him of impending doom.” (Books We Love 2016. $14.95 978-1-77145-951-8)

One Response to “Pied Piper of Hope”