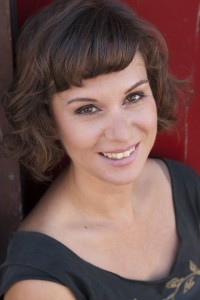 Born in Terrace and raised in Cranbrook, Leesa Dean later lived in Montreal where she attended Concordia University. A graduate of the University of Guelph’s Creative Writing MFA program, Leesa Dean has been a finalist for the Irving Layton Award, the Litpop Award and the Quebec Writing Competition; as well as an editor for The Humber Literary Review and and a contributor to The New Quarterly. To promote herself, she has generated a website with a blog designed to discuss “RANDOM ENCOUNTERS, CHURROS, SASQUATCHES, AN AGING CAT NAMED BALOU, URBAN CANOEING, BILINGUALISM, THINGS THAT HAPPENED BUT SHOULDN’T HAVE AS WELL AS THINGS THAT SHOULD HAVE HAPPENED AND DID.” While teaching English and Creative Writing for Selkirk College in Nelson, B.C., she has releasd her first fiction collection, Waiting for the Cyclone (Brindle & Glass $19.95). The thirteen stories reveal women outside the boundaries of conventional propriety. For instance, “Mary, a closet drinker, leaves her children with Debbie, a seemingly perfect housewife who shoots pharmaceuticals at night. Alison vacations with her husband, but wakes up in the tattooed arms of another man. Donna lies to her family about volunteering in Afghanistan so she can parasail with a lover in Turkey.” In other words, women behaving as badly as men. 978-1-927366-50-9 [Ayelet Tsabari photo]