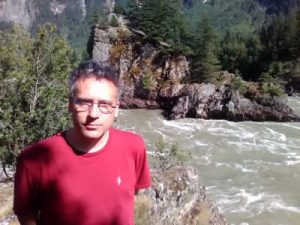 Dustin Cole is featured on the Scotiabank Giller Prize’s “Craving for CanLit” list this month for his new novel, Notice (Nightwood $21.95) about a Vancouver dishwasher served a Notice of Eviction in the year 2017 when rentals are at a crisis amidst real estate development spiraling out of control and out of the reach of the average worker.

In a bid to boost novel readership, the Scotiabank Giller organization has started publishing lists of new novels, short story collections and graphic novels published in Canada. Their rationale, and it’s a good one, is that the organizers wish to highlight other Canadian talent in addition to the few writers who make the Scotiabank Giller prize shortlist each year.

Previously, this initiative was called Crazy for CanLit but the name offended some people, hence the change.