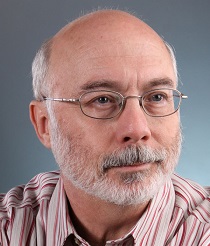 Marc Edge has explored the history and finances of North American newspapers and media conglomerates in Greatly Exaggerated: The Myth of the Death of Newspapers (New Star $21) to conclude that the newspaper business is still healthy and profitable. Despite much hype from those who support the growth of the internet, it appears that nearly all major North American cities still support at least one major daily newspaper, usually with a myriad of giveaways newspapers, as well. As a Media Writing Professor at Nanyang Technological University in Singapore, Marc Edge first wrote and published his doctoral dissertation, Pacific Press: The Unauthorized Story of Vancouver’s Newspaper Monopoly (New Star Books, 2001). As an associate professor in the department of Mass Communication at Sam Houston State University in Huntsville, Texas, he then published a follow-up study, Asper Nation: Canada’s Most Dangerous Media Company (New Star 2007) in which he critically assessed the media control exerted by Izzy Asper’s CanWest Global Communications network. Edge has worked as a legal affairs reporter for the Province (1983-93) and the Calgary Herald. As a former contributing writer for Hockey magazine, he also wrote Red Line, Blue Line, Bottom Line: How Push Came to Shove Between the National Hockey League and Its Players (New Star, 2004). Born in New Westminster, Edge has a Master of Labour and Industrial Relations degree from Michigan State University and a Ph.D in Mass Communication from Ohio University. 978-1-55420-102-0