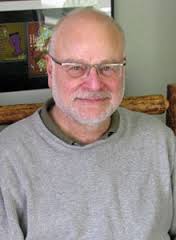 Michael Asch, drug a professor of Anthropology and adjunct professor of Political Science at the University of Victoria, has been awarded the Weaver-Tremblay award for distinguished service to Canadian applied anthropology, and elected a Fellow of the Royal Society of Canada. He recently wrote On Being Here to Stay, Treaties and Aboriginal Rights in Canada (UTP $24.95 2014) proposing a new approach to aboriginal treaties. He asks the simple question: why should the original inhabitants of the land have to ask non-Aboriginals for ownership rights?

Michael I. Asch is also Professor Emeritus at the University of Alberta. He graduated with a B.A., majoring in Anthropology, from the University of Chicago and a Ph.D. in Anthropology from Columbia University. Dr. Michael Asch’s research has primarily engaged issues pertaining to relations between First Nations people and Canada, focusing on political, cultural and legal contexts.

His publications include the books: Kinship and the Drum Dance in a Northern Dene Community (1988), Home and Native Land: Aboriginal Rights and the Canadian Constitution (1984) and the edited volume, Aboriginal and Treaty Rights in Canada. Asch continues to research issues concerning representation of Indigenous peoples in anthropological theory, alternative ways to construct relations between Self and Other in Western political thought and on treaty relations.

Asch served as an advisor with the Royal Commission on Aboriginal Peoples and with the Dene Nation from the mid-1970s through the late 1990s. He is a member of the Canadian Anthropology Society (CASCA) and the American Anthropology Association.

Home and Native Land: Aboriginal Rights and the Canadian Constitution (1984)

Kinship and the Drum Dance in a Northern Dene Community (1988)