Métis meeting of the minds 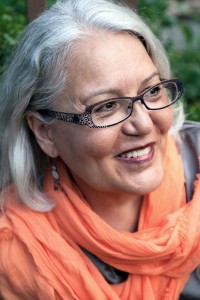 Prairie-born Métis/Icelandic Jónína Kirton coordinated the first National Indigenous Writers Conference in Vancouver in 2013. She is another graduate of Simon Fraser’s Writers Studio (2007) and a recipient of the Emerging Aboriginal Writer’s Residency at the Banff Centre (2008).

In 2016 she accepted the 2016 Mayor’s Arts Award for Emerging Artist in the Literary Arts category, as selected by Betsy Warland, former director of the SFU’s Writers Studio.

Jónína Kirton is one four indigenous/Métis writers who will be featured on Thursday October 27, 2016 from 7-9pm at Douglas College, in an evening that will “celebrate stories and the multitude of ways in which they can be told.”

The evening of poetry and prose will be held at the Aboriginal Gathering Place, on the fourth floor of the News Westminster campus of Douglas College (700 Royal Avenue, near the New Westminster SkyTrain Station). Other featured readers will be ‘brown feminine” and Métis/mixed-blood writer Joanne Arnott , Cree-Métis/Icelandic Carleigh Baker and Larry Nicholson who is self-described as as “Cree, a Road Man, a brown town crier, a wordsmith and a Virgo.”

Jónína Kirton has been active within the Aboriginal Writers Collective on the West Coast. Loosely autobiographical, Kirton’s first book of poetry, “page as bone – ink as blood” (Talonbooks 2015) is a memoir in verse that bridges Kirton’s European and First Nation cultures. She uses poignant images and stories of the senses to explore family secrets, black holes of trauma, and retrieved memories. “What our minds have forgotten or locked away,” she has written, “the body never forgets.”