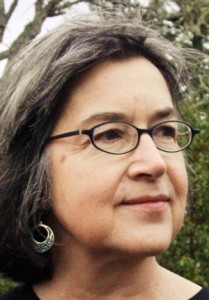 Ursula Vaira’s lively imprint, Leaf Press, headquartered in Lantzville, has gradually gained ground in the B.C. publishing scene since 2011 to become one of the leaders in new poetry by female authors. The second book of poetry by Bowen Islander Jude Neale, A Quiet Coming of Light: A Poetic Memoir (Leaf Press $17), has recently been nominated for a Pat Lowther Award for best poetry collection by a female Canadian poet. Vaira earned her publisher’s stripes during her ten-year association with Oolichan Books, an imprint that has now moved to Fernie. At least four of the six nominated titles for this year’s Lowther competition are B.C.-connected: Joanne Arnott for Halfling Spring: an internet romance (Kegedonce Press); Jen Currin for School (Coach House); and Lisa Robertson for Cinema of the Present (Coach House). Jude Neale is the only poet whose nominated title emanates from a B.C. publisher. Patrick Lane with Washita (Harbour) and Laisha Rosnau with Pluck (Nightwood) have been nominated for the Raymond Souster of Award for the best book of poetry from a member of the League of Canadian Poets.