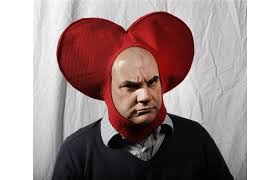 After his twenty years as columnist for the Times Colonist, the first book by Jack Knox, Hard Knox: Musings From the Edge of Canada (Heritage), has been shortlisted for the $15,000 Stephen Leacock Medal for Humour. Another B.C. contender in 2017 is John Armstrong for A Series of Dogs (New Star).

The previous Leacock winner was Susan Juby of Nanaimo for Republic of Dirt: A Return to Woefield Farm. A second compilation of Knox’s columns is slated for the fall of 2017, to be called Opportunity Knox: Twenty Years of Award-Losing Humour Writing.

Knox was raised in the BC interior, and worked at newspapers in Kamloops, Regina, and Campbell River before joining the Times Colonist in 1988. Hard Knox: Musings from the Edge of Canada
by Jack Knox, Foreword by Ian Ferguson

And I seem to know Knox. I believe he might adhere to the credo, famously espoused by the late Art Buchwald, the American humourist and Pulitzer Prize winner, that “You can’t make anything up anymore. The world itself is a satire. All you are doing is recording it.”
And does Knox record it. He explores the full arena of Island and west coast oddities, fetishes, and rituals. He charts, with a deskbound meteorologist’s precision, the vagaries of coastal weather. He is a weatherman intruding into the happy unpredictability of west coasters. No local peccadillo, imagined or real, escapes the anthropological notebook of this latter-day Franz Boas.

Or maybe I should observe that the entrepreneurial spirit of Robert Dunsmuir has inhabited him. He takes random chunks of cultural coal and, applying gentle pressure, turns them into gems and retrieves them from geological time. “No pressure, no diamonds,” as Robert Carlyle put it.

Even as Knox fires his jokes at you, and about you, as if he is salting a coal mine, he is a delightfully funny fellow — as well as a self-described grump — from whom readers should be prepared to take their lumps.
No subject is verboten in Hard Knox, even Victoria’s antiquated sewage system. He mentions it a couple of times, but it only earns a single spot in his index. Indeed he tips his hat to the iconic “Mr. Floatie” (James Skwarok), Victoria’s turd-gid, occasionally bubbly, anti-raw-sewage-directly-into-the-sea activist. Nuff said about that.

I can only assume that R. Mackie, the book reviews editor of this learned gazette, The Ormsby Review, was guided by a similar deference to indexes when deciding to review Hard Knox.
Thus sustained and buoyed, indeed floated, with confidence, I flushed forward to a fuller glance at the index to Hard Knox. The first item listed, curiously, is the “4/20 Marijuana Rally.” I stared at this for some time. I got myself another café au lait and a fresh pain au chocolate.

The 4/20 reference appears in one of the more rabble-rousing of Knox’s chapters, “Our Contrarian Culture: THE NAKED TRUTH,” in which he wangles a catalogue of issues and protests that have emerged in our peevish past. Of course, he au naturel-ly begins with naked protests, summarizing our protest penchant succinctly by stating that, “After all, this is British Columbia, where people have exposed their wobbly bits to draw attention to everything from logging, war, religion, and subsidies for small bookstores, to, of course, antinudity laws.”

This discussion also served as a niggling reminder to me of an overdue domestic duty and so, on December 27th, I hauled out my box of strings of ancient outdoor Christmas lighting and strung them up in five minutes’ flat. Many had fallen in earlier exposures, their light forever dissipated. A few more are now broken, shattered by my never-ending carelessness and the Great Freeze of January 2017. But I digress.
I then warmed up with a re-watch of Zulu, available for nada on YouTube. A ripping yarn.

Some time later, I pondered on how easily one can be ensnared by indiscriminate indexing. You will find — well, I found, and you may — that Jack has a favourite saying he oft repeats. It is almost a theme to live by, a reflection of his classically organized Kamloopsian mind.

He could easily have placed “But, I digress,” in his index. It would have slipped in comfortably between “Butchart Gardens, The,” and “Butter Tarts.”
Speaking of desserts, Knox gains considerable favour with me with his rhapsodic ode to Nanaimo Bars in his wide-ranging chapter with its Franco-friendly title, “CHERS Touristes,” which attempts to inform francophone (and American) visitors about Vancouver Island politics, currency, crime, culinary confections, and related local traits and foibles.

“Satire is a sort of glass, wherein beholders do generally discover everybody’s face but their own,” wrote Jonathan Swift. By this measure, Hard Knox may not even be satire at all.
Indeed, I found my own image looking back at me repeatedly as I floated through Hard Knox. Many readers will, I suspect, see their image captured in whole or in part as Knox traces delightfully common denominators to life on the western edge of Canada.