Heartbeats from Montreal to Dominica 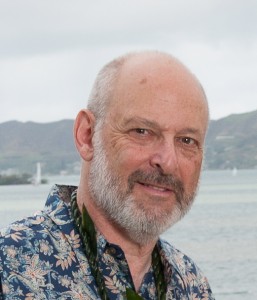 Having grown up in Montreal, Dr. Gerrard Greenstone attended McGill University Medical School, graduating in 1970. After a stint at family practice he did a Pediatric Residency at Montreal Children’s Hospital receiving his Fellowship in the Royal College in 1976. He started his practice in Surrey, B.C. in the autumn of 1977. In 2002 he retrained for family practice working mainly in office and clinic settings. It was during the long nights on call at home and the local hospital that Greenstone developed his interest in writing often between cases in the ER or attending C-sections in the OR. He realized his work provided a unique view of human experience, a ringside seat at the sadness and elation, the success and tragedy. These thoughts stimulated him to write down his feelings and reactions, wanting to express the view of both patients and physicians. In 1994, Greenstone self-published Heartbeats, Writing and Photography from the Human Side of Medicine, which was divided into three parts: prose, poetry and fiction, dealing with the joy and pain, success and heartbreak of medical practice. One of the prose pieces concerns his short stint on the island of Dominica in the Caribbean, observing how the local people had their own way of accepting the vicissitudes of life and death. A poem concerns an older patient wishing a quiet end without all the pain and stress of medical intervention. A fictional piece involves a son visiting his father in a nursing home and musing on their relationship and his inability to make a difference. Greenstone also has an interest in the history of medicine and published articles in the BC Medical Journal with topics including the history of bloodletting, the scourge of cholera in 19th century England, the research by Dr Ignaz Semmelweis on puerperal fever and the exploits of Captain George Vancouver in the Age of Sail. 0-9698454-0-5 (self published, printed by Designer Print)