How I won the war 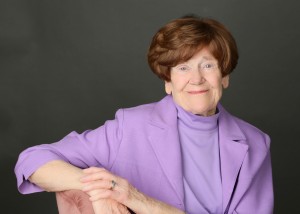 Doris Gregory left her studies at UBC during World War II to join the Canadian Women’s Army Corps. She trained in Victoria and then served most of the war in London, England. Now she takes the reader back over seventy years to those days in her memoir How I Won the War for the Allies: One Sassy Canadian Soldier’s Story (Ronsdale $21.95). Her story allows us to travel with her across the Atlantic at the height of the U-boat infestation and to take refuge in underground shelters while bombs fall on London. Unlike most memoirs of the war that focus on battles, Gregory shows the everyday mundane activities of office life, working under some less-than-brilliant supervisors. She transforms what could have been a dull soldier’s life into one of small adventures: cycling along traffic-free roads through southern England, the midlands and Scottish lowlands, hopping on the ferry to Ulster, slipping into neutral, forbidden Éire, and looking into the gun barrel of an angry German sentry. Although at times the war weighs heavily upon her, the author’s optimism, enthusiasm and sense of humour permeate this memoir, full of laughter and surprises. Born Doris Filmer-Bennett in Vancouver, after the war Doris Gregory trained at the Clarke Institute of Psychiatry in Toronto. She publicized her independent clinical practice with a weekly newspaper column “Life Psycle.” She now lives in Vancouver where she writes full time. 978-1-55380-317-1