Environmental lawyer David Richard Boyd reminds us many problems have been successfully identified and combated in The Optimistic Environmentalist: Progressing Toward a Greener Future (ECW $19.95), one six titles shortlisted for the George Ryga Award for Social Awareness in 2016. 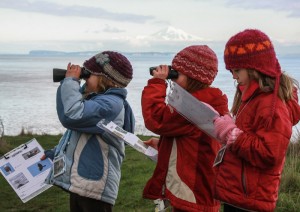 But Boyd also claims Canada has devolved from being a world leader to having second-rate standards in Cleaner, Greener, Healthier: A Prescription for Stronger, Environmental Laws and Policies (UBC Press $95hc $34.95pb).

In The Optimistic Environmentalist, Boyd inspires hopefulness, particular for young people, by citing how many billions of hectares of lands and water have been protected by the creation of new parks.

Gray whales and bald eagles are no longer in dire danger of extinction. Progress has been made on protecting the ozone layer and renewable energy from wind, water and sun has entered the mainstream dialogue Dozens of toxic chemicals have been banned.

But in Cleaner, Greener, Healthier, Boyd explains why Canada has become meaner. Like Nero who fiddled while Rome burned, Prime Minister Harper can be objectively viewed as part of the problem, not part of solution, particularly now that Canada and Japan have publicly stalled the rate of environmental activism among G7 countries at the G7 summit in 2015.

“Canada’s position at the G7 summit on long-term decarbonization of the economy is nothing more than grandstanding,” says Boyd. “While the world is already shifting towards a clean, renewable future (demonstrated by rapid growth in wind, solar, and geothermal energy), the Canadian government has been doggedly prioritizing the interests of the fossil fuel industry. “This is terrible public policy and will cause substantial economic, social, and environmental losses for Canada. Canada has a long and sorry track record of obstructing international negotiations about environmental issues. While once upon a time we were leaders, in the Trudeau-Mulroney era, we are now widely recognized as international environmental reprobates.

“Media reports of Canada’s role in watering down the recent G7 commitments are consistent with our lousy reputation, and I witnessed this kind of malicious interference firsthand in 2005 while working in the Privy Council Office at Prime Minister Paul Martin’s request. [Canada led the opposition to strong climate change and foreign aid commitments in the negotiations that led to the G8 summit in Gleneagles, Scotland.]

‘Unless the federal election results in a different government taking power in October, Canada can be expected to continue its dark and dastardly deeds at the crucial Paris negotiations on climate change in December.”

In Cleaner, Greener, Healthier, Boyd compares Canada’s environmental policies with those of the European Union, Australia and the U.S. and diagnoses why Canada has fallen behind, focussing on how the health of a population is inextricably linked to the environment—a subject he researched for an earlier book, Dodging the Toxic Bullet: How to Protect Yourself from Everyday Environmental Health Hazards (Greystone, 2010).

Boyd maintains that implementing the recommendations in Cleaner, Greener, Healthier would prevent thousands of premature deaths, avoid hundreds of thousands of preventable illnesses, and save billions of dollars in unnecessary health care expenditures.

He concludes Cleaner, Greener, Healthier by prescribing legal remedies that will enable Canada to regain its former leadership role within the global community without harming the economy. Boyd at the Pender Island Fall Fair with Meredith

Boyd first explored the differences and similarities between U.S. and Canadian environmental laws in Unnatural Law: Rethinking Canadian Environmental Law and Policy (UBC Press, 2003) with a foreword by Thomas R. Berger. In that book Boyd similarly prescribed the changes that he believed Canada must make to achieve a sustainable future. Shortlisted for the Donald Smiley Prize from the Canadian Political Science Association, it was hailed as a “monumental work” by David Suzuki; Robert F. Kennedy, Jr. praised its “clarity, authorial grace and welcome concern.” Suzuki subsequently provided the foreword for Dodging the Toxic Bullet.

At the time of writing Unnatural Law in 2003, Boyd was a Senior Associate with the University of Victoria’s POLIS Project on Ecological Governance and adjunct professor with SFU’s graduate Resource and Management Program. By 2007, he had added a stint as a Trudeau Scholar at the University of British Columbia’s Institute for Resources, Environment and Sustainability. As of 2015, Boyd retains his SFU affiliation and lives on Pender Island. Two Davids and one Prince

As an environmental lawyer, Boyd has advised the governments of Sweden and Canada and served as executive director of the Sierra Legal Defence Fund. He has also written Sustainability Within a Generation: A New Vision for Canada and he edited Northern Wild: Best Contemporary Canadian Nature Writing.

Two of his recent books in particular, The Environmental Rights Revolution: A Global Study of Constitutions, Human Rights, and the Environment (UBC 2012) and The Right to a Healthy Environment: Revitalizing Canada’s Constitution (UBC 2012) have been influential in the drafting of environmental provisions for new constitutions in Iceland and Tunisia. They also inspired the David Suzuki Foundation’s Blue Dot campaign to secure legal recognition of the right to a healthy environment for all Canadians.

“When I’m stuck or need to think something through I climb up to the top of George’s Hill on North Pender, which overlooks Prevost and Saltspring Islands. Whether it’s the extra oxygen from exertion or the magic of the place, it often enables new ideas or insights.” – David R. Boyd