A multi-generational story by Tsering Yangzom Lama about Tibetan exiles reveals all the things that colonization and history have torn away from them. 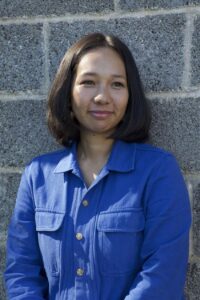 “Survival is an ugly game, and our objects are all the world really values of our people. Our objects and our ideas. But not us, and not our lives…. It doesn’t matter to anyone else, not really,” laments one of Lama’s refugee characters.

The world refugee crisis is almost inescapable. The refugee population is in excess of 80 million, currently worsened by Russia’s attack on Ukraine. 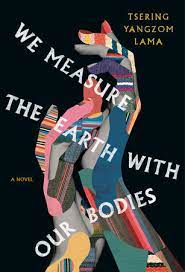 Tsering Yangzom Lama’s debut novel, We Measure the Earth with Our Bodies (McClelland & Stewart $24.95), dramatizes the human cost of exile and displacement based on the case of Tibet.

The Chinese Communist military attack on Tibet, starting in the 1950s, culminated in 1959 when tens of thousands of rebellious Tibetans were killed, and Buddhist monasteries and other cultural treasures were destroyed.

Lama’s fictional family saga covers over 50 years in the lives of a Tibetan family subjected to forced exile, deprivation, limited opportunities, aging and death. In 1960, the family from western Tibet flees southward into Nepal to escape danger. During the journey across the Himalayas, two sisters, Lhamo and Tenkyi, are faced with the demise of their parents by starvation and disease, and the privations of refugee camps.

Death stalks the exiles frequently, but the consolations of their deeply spiritual Tibetan beliefs offer some measure of solace. “In the next life,” one sister thinks to herself, “we can both go wherever we please. In the next life, we will be free and safe and happy.” The natural world is a bedrock too, and Lama has lively, lyrical descriptions of the mountains, the clouds, the animal life. 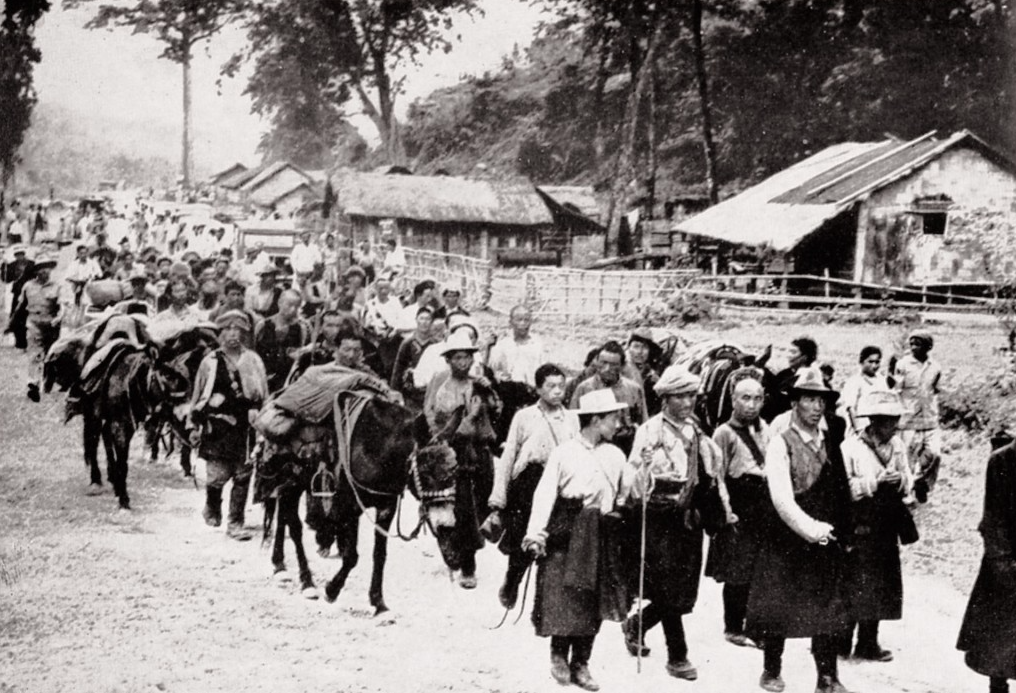 The novel’s title derives from religious prostrations as described by one of the exiles: “… how the pilgrims would stretch their arms forward, mark the earth with their fingers, stand up, walk to that mark, and lie down again.” This exile reflects on their bond with the land: “To measure the earth with my body, to know our country with my own skin.” 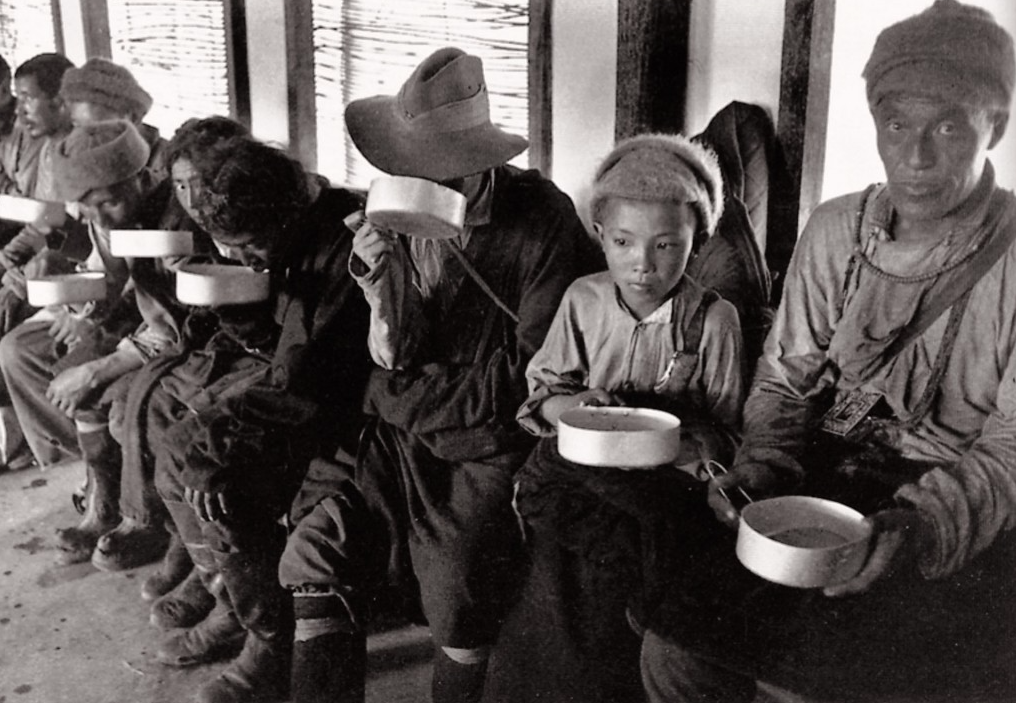 The spiritual and mystical assets of Buddhist Tibetans are symbolized by the family’s possession of a small six-hundred-year-old mudstone statue of a “Nameless Saint.” The statue travels with the exiles and provides considerable comfort in tough times, healing powers vital to the sisters and their relatives.

Lhamo’s love liaison with a fellow exile, Samphel, an exile who never knew his mother, produces Dolma, a bright, hard-working young woman who ultimately makes her way to university to pursue Tibetan Studies in Toronto. Tenkyi, a one-time teacher in Nepal who shares a modest room with Dolma in the Parkdale neighbourhood of Toronto, ends up as a low-paid cleaner.

Dolma encounters the pricey market for museum-quality Tibetan antiquities in Toronto. By an astonishing coincidence that some readers may find more mystic than realistic, Dolma discovers the Nameless Saint of her childhood at a party of academics in Toronto, locked in a safe. “And here he is. Our camp’s lost Saint. So humble, so precious,” Dolma thinks to herself. “Looking up with teeth bared, eyes wide, as if struggling to speak … You once sat in the sun of my ancestors’ time.”

Dolma purloins the statue, and Tenkyi, her aunt, assumes possession. Thus does the valued spiritual and cultural legacy remain with Tibetans while in exile.

In one of Lama’s most incisive scenes, Samphel, who had sold the Nameless Saint to dealers, laments, “What I do know is that survival is an ugly game, and our objects are all the world really values of our people. Our objects and our ideas. But not us, and not our lives…. It doesn’t matter to anyone else, not really.” Dolma replies, “People find our culture beautiful. But not our suffering. No one wants to put that in a glass case. Nobody wants to own that.”

These bitter but realistic reflections on what’s left of Tibet may leave readers thinking about parallels with the material culture of Indigenous peoples, or murdered European Jews. 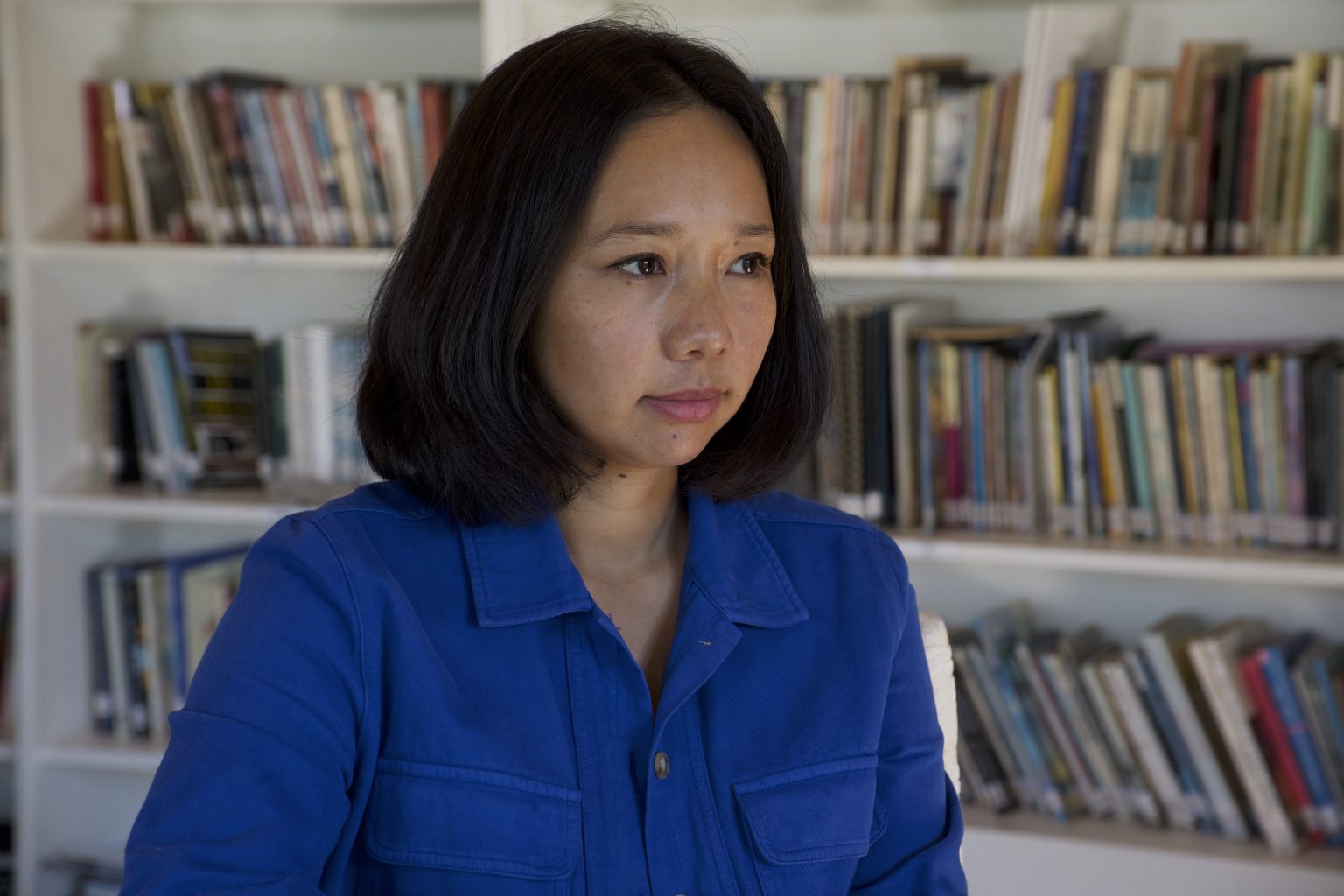 The landscape descriptions are sometimes repetitive, and some readers may find the love interest a bit too sentimental for their taste. But the narrative effectively carries readers to a sober conclusion that reinforces the powerful Tibetan attachment to homeland.

Vancouver-based Tsering Yangzom Lama was born and raised in Nepal, the child of nomads who left Tibet after the 1959 invasion and settled in refugee camps amid painful memories. She says that We Measure the Earth with Our Bodies is “an act of cultural recovery – of building a bridge to all the things that colonization and history have torn away from me.” Canada, she adds, is home to the second-largest community of Tibetan exiles in the Western world.

By telling the story of a largely invisible people whom she asserts “have not yet been heard,” Lama has put Tibetan people, whether in Asia or Canada, on the map. The novel has been longlisted for two prizes, shortlisted for Scotiabank Giller Prize and is a New York Times Summer Reads Pick. 9780771047244

Gene Homel has been a faculty member at universities, colleges and institutes since 1974.