Eriksson up for Foreword Award 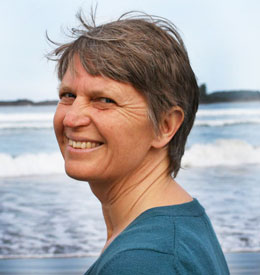 Ann Eriksson’s fifth novel, The Performance (Douglas & McIntyre, $22.95), has been shortlisted as one of 19 finalists from Canada and the U.S. for the General Fiction category in the 19th annual Foreword INDIES Book of the Year Awards.

Winners in each of the 65 categories of the awards will be announced during the 2017 American Library Association Annual Conference in Chicago on June 24, 2017.

The Performance contrasts the worlds of elite classical piano and urban homelessness. Hana Knight, a privileged and talented young pianist, develops a tenuous friendship with Jacqueline, a homeless woman who collects empty bottles and cans to buy tickets to Hana’s concerts. Hana is blessed with a magnificent Steinway piano, a place at Juilliard, a Manhattan apartment and a patron who arranges everything, including a European tour. But there is a dark mystery from her past that needs to be faced, and she must put her privileged life at risk to do so. [SEE REVIEW BELOW] Eriksson was born in Saskatchewan and grew up in all three prairie provinces. Having studied and lived in New Zealand, Europe and Halifax, she came to the West Coast in 1978, living for ten years on Galiano Island. Moving to Victoria in 1990, she completed a degree in Biology with a minor in Environmental Studies at the University of Victoria. Her work as consulting biologist on biodiversity has had an impact on her writing. In 2007 she married poet Gary Geddes and they now divide their time between Victoria and Thetis Island, B.C. Ann Eriksson is a founding director of the Thetis Island Nature Conservancy.

Hana Knight’s mother is in the grips of dementia when the story begins. Clare, Hana’s sister, takes care of her mother back in Vancouver. Hana tells everyone her father is dead.

As Hana ascends towards stardom as a classical pianist, she feels some guilt about her aloof position in her family as a pampered musician with a rare level of talent and a passion for Chopin, but she tempers such feelings with thoughts of her struggles during her career’s outset.

Without any money of her own, Hana’s music career is being supported by her patron, Mrs. Flynn, whose billions come from mining. As one of New York’s most prominent elite, Mrs. F.—as she is sometimes called—provides Hana with everything from her apartment to her wages and her performances. As her star rises, Hana starts to take more notice of New York’s homeless population. In particular, her attention is drawn to an older woman who reminds her vaguely of her own mother. This woman often waits outside Hana’s concerts to see her. Initially Hana only identifies her as ‘The Knitter.’

Although she is clearly impoverished, this knitter named Jacqueline is a proud woman who refuses any help, no matter how badly it is needed. When Hana runs into Jacqueline at Riverside and 72nd Street, she tries to talk to her and offers her some money, but Jacqueline packs her things and walks off without a word. Jacqueline will only accept donations in exchange for her hand-knitted clothing.

As for a love life, Hana has one friend remaining from her time in school, a Japanese cellist named Kenji. The two of them slept together a few times. Hana broke it off, to prevent any complicated feelings. At Kenji’s insistence, they sleep together again but Hana wants to keep her distance.

There is a dump of snow before Christmas so Hana seeks out Jacqueline with a sleeping bag. When her charity is refused, Hana remains persistent, going so far as to sleep outside with Jacqueline under a tree in Central Park. In the morning the obstinate old woman relents and accepts an offer of coffee and a shower.

Meanwhile Hana is getting closer to Mrs F.’s son, Michael, a confident rich kid who effortlessly sweeps Hana off her feet in only three meetings. Kenji quits school and goes back to Tokyo, rudderless and defeated, but Michael will soon discover Hana loves her piano more than she cares for him.

As Hana’s mother’s dementia moves towards a crescendo of its own, there is palpable tension between Hana and her sister Clare regarding their mother. Hana must pay a price for being the star pianist when she goes home to visit. The Knights are a musical family. The children improvise scores with each other, play songs backwards as an exercise, performing mini-concerts. It’s a playful but competitive atmosphere.

The contrast between Hana’s inability to take care of her mother and her increasing concern for the vagrant Jacqueline comes to the fore when Jacqueline is badly injured in a mugging. Hana tracks her down in the hospital as the staff is about to release her, regardless of her poor condition, during a harsh New York winter. Hana puts her up at her stately Manhattan apartment.

By this point, it would be giving away too much to say what happens next—so let’s just say it’s an astonishing and disturbing twist in the power dynamic between the two women.

Just as her mother remains on the periphery of Hana’s life with her illness, her father will remain afar for reasons that should not be revealed here. Will Jacqueline prefer the streets? Will Hana reconcile with her sister?

The Performance is a wise and deeply rendered novel about Hana’s evolution beyond the ambitions of a self-centred artist. Chopin can be perfected; charity cannot. Ultimately she gains an understanding that empathy is the soul-food for decency.