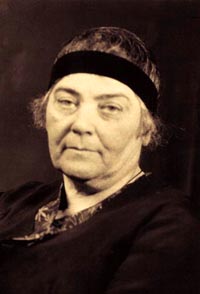 Born in 1910, Carol Pearson was a friend and student of Emily Carr who published her fond recollections of Carr in 1954 as Emily Carr As I Knew Her (Clarke, Irwin & Company Limited). This memoir has now been reprinted in 2016, with a foreword by Robert Amos and a publisher’s claim that it reveals Carr’s personality more fully than any other book. “She was like a fairy Godmother, complete with animals,” wrote Pearson, “who I loved completely.”

When the pair first met in 1916, Pearson was a seven-year-old and Carr was mostly unknown as an artist. Pearson became her student and companion, then moved in with Carr at age fourteen. Carr nicknamed her companion, Baboo; she called the artist Mom.

For more than two decades they were like a mother and daughter, living under the same roof off and on for the better part of a decade before Pearson married and moved east. Emily Carr As I Knew Her (Touchwood $19.95) recalls painting trips into the wilderness, hitching canoe rides from Carr’s Indian friends; how they cared for beloved pets, including birds, dogs, and monkeys; and how they spent hours picnic-ing and lounging in Beacon Hill Park where, at Carr’s insistence, Pearson buried a box of Carr’s treasures in 1942–never to be recovered. Having curated a new exhibit at the Vancouver Art Gallery called I Had An Interesting French Artist To See Me This Summer: Emily Carr and Wolfgang Paalen in British Columbia, Colin Browne has written a book-length catalogue of the same name in which he recounts and explores the relationship between Carr and surrealist painter Wolfgang Paalen, a member of the Paris avant-garde in the 1930s.

In the summer of 1939, Carr was age 67 and living at 316 Beckley Street in Victoria when she met Paalen who had travelled to North America with his wife, Alice Rahon, and their friend, Eva Sulzer. Brown’s catalogue recalls the painterly friendship that evolved, as well as the correspondence between Paalen and West Coast collector William Arnold Newcombe (1884-1960) who served as go-between for Carr and Paalen.

“I can’t get the surrealist point of view,” Carr wrote a in a letter to a friend, “most of their subjects revolt me.” But Paalen saw similarities with Carr’s approach the she failed to appreciate. Colin Browne’s study examines the stylistic synchronicity of their paintings, evidenced by a melding of a painting by each artist to serve as the cover of the catalogue.

Paalen was keenly interested in the art and culture of indigenous peoples of North America, later settling in Mexico where he published an art journal Dyn in which he continued to investigate the integration of “the enormous treasure of Amerindian forms into the consciousness of modern art,” an integration that Carr pioneered. 978-1-927958-78-0 pbk $24.95

FOR A FULL LIST OF BOOKS BY AND ABOUT EMILY CARR, SEE HER EXTENSIVE ENTRY ON ABCBOOKWORLD