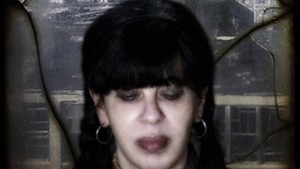 In October of 2015, multi-media artist Elizabeth Fischer, at age 68, decided she ought to end her life in Zurich with a legally assisted suicide rather than endure the pain, indignity and burdening of others that would have ensued if she had chosen to stay alive a bit longer with stage 4 lung cancer. The only child of Holocaust survivors, Hungarian-born Fischer protested “Canada’s barbaric prohibition of assisted suicide” and urged voters to toss out the Conservative government of Stephen Harper in order to assure progress was possible. Both her wishes came true.

En route to her appointment with death, she told her friend Alexander Varty, a longtime Georgia Straight music critic who accompanied her to Switzerland, including a brief stopover in Iceland, “I can stick around for another few months, but that means I’m taking the risk of the kind of tumour that I have attacking my ribs—at which point, according to my doctor, it would be a question of agony. I would be in the hospital, stuck into morphine IVs, and I’d be in absolute agony. Is that what they want from me? I’m, like, ‘Fuck you! I want to exit under my own agency, while I’m having a good time.’”

Fischer’s death was to be orchestrated by a Swiss organization called Dignitas “I’m just so happy that Dignitas exists,” she told Varty. “If there hadn’t been Dignitas, what were my choices? My choices were, like, collect every pill and take them and stick a plastic bag on my head and let my friends find my corpse? To me, that’s not very tasteful. I’m lucky in that that I’m still well enough that I can do it the way that I want to do it. People say ‘Oh, Elizabeth, you’re so brave!’ Well, fuck that! It’s nothing to do with bravery; it’s common sense.”

Elizabeth Fischer was the author of one book, Orphans and Dogs (UNIT/PITT & Publication Studies 2015), a gallery-related composite of her unfiltered and unapologetic writing, her digital illustrations and her translation of Humorom by Attila Balogh, a Hungarian Roma poet. It was published in conjunction with a 30-year retrospective exhibit, with the same name, in June and July of 2015, at the UBC’s UNIT/PITT Gallery. The book was partly adapted from her online storytelling project and website of the same name.

According to Alex Varty’s profile in the Georgia Straight, Elizabeth Fischer “first ventured into the Vancouver arts scene by running light shows for rock bands during the psychedelic era, and then progressed into leading her own bands via punk. The Animal Slaves were an anomaly during the days of D.O.A. and the Subhumans, featuring as they did actual musicians playing morbidly intricate tunes behind Fischer’s complex and poetic lyrics; more recently, Dark Blue World fused rock energy with improv jazz, again by way of a rotating cast of A-list players, including Tony Wilson, Cole Schmidt, Skye Brooks, and Pete Schmitt. Fischer also painted marvellous if not always flattering portraits of her friends, often in acidic greens and yellows; made several memorable LPs and CDs; fought against persecution of the Roma in her native Hungary; and, more secretly, was a quietly spectacular knitter, whose crocheted ‘baldguy caps’ are fetish objects for those lucky enough to own them.”