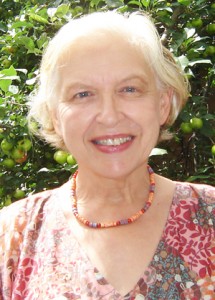 While teaching in Hanoi from 2005 to 2011 Elizabeth McLean developed a curiosity about Vietnamese history and folklore. It inspired her to write eight stories that imagine the spirited lives of eight wives and daughters who rebel against the constraints of male-dominated Confucian and contemporary societies to love “zestfully and wickedly. In doing so, McLean traces the history of Vietnam from the 11th century to the present in Imagining Vietnam (Britain, Impress 2012 £6.99). This work was repackaged and renamed for a Canadian release as The Swallows Uncaged: A Narrative in Eight Panels (Freehand Books 2015).

Among the women she creates are Lan, a 13-year-old girl in 1067, who dreams of having her teeth stained so that she can attain womanhood in ‘The Black Stain;’ an unhappy village wife who two centuries later has a passionate affair with a household servant and almost gets away with it; and a modern manager who must weigh the personal and family costs of marrying a foreigner for his money.

Prior to moving to Vancouver in 2011, Elizabeth McLean served as a consultant for the Women’s Publishing House in Hanoi, having previously worked for as a CBC radio producer and as a researcher for TIME Canada. Also a visual artist, McLean studied creative writing at the Humber School for Writers, Harvard University and the Fine Arts Work Centre in Provincetown, MA. She won the Impress Prize for New Writers in the UK in 2011. In Vancouver she became a member of the Grind Gallery Café writers collective managed by Margo Lamont.