Where Grampa got his brass knuckles 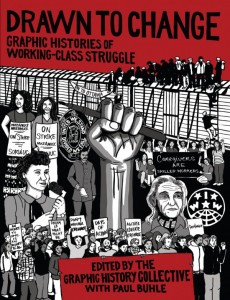 On the afternoon of Tuesday, June 18, 1935, about 5,000 striking longshoremen set off from Oppenheimer Park in Vancouver, Canada, on a march to Ballantyne Pier to confront scabs. Singing songs, a procession of World War One veterans joined the marchers.

They’d won a war across an ocean and now wanted to win economic freedom at home.

Thousands of onlookers along the march clapped and cheered the men on from apartments, porches, roofs, and up telephone poles. As marchers moved forward, the police chief yelled: “OKAY BOYS, YOU ASKED FOR IT.” Police fired tear gas and charged into the crowd with nightsticks raised as the battle began.

Protesters fought back, defending themselves against the onslaught of police tear gas, bullets, and clubs. Demonstrators were chased into alleys, vacant lots and buildings by police. Spectators watching the melee were attacked by police.

Some demonstrators stuffed newspapers into their hats to cushion the blows. The injured staggered around, blood streaming from their wounds. Police on horseback chased marchers over ten city blocks, while tear gas bombs were thrown by police on motorcycles.

The union hall on Hastings street was raided and tear gas was fired through the windows. Inside, the union’s women’s auxiliary had set up a first aid station to help the injured. Windows got smashed by the errant flying rocks of protesters while police fired tear gas into stores and buildings that displayed signs supporting the strikers. Art by David Lester, from The Battle of Ballantyne Pier.

The battle of Ballantyne Pier raged on for three hours as rain began to fall. The bloody encounter was reported in newspapers across North America. After the battle, the union moved their strike headquarters to the Bow and Arrows Hall (once home to the IWW).

Graphic artist and musician David Lester isn’t certain what role his grandfather Frederick Bruno Lester played in the fight as one of the longshoreman, but he knows he was there. After he died in the 1970s, they found a blackjack and brass knuckles in his closet.

“In retrospect, the battle of Ballantyne Pier was not a defeat,” says Lester. “It was a victory of workers engaged in the fight for a better world.”

Lester, also a guitarist in underground rock duo Mecca Normal and the designer of BC BookWorld, has now contributed a 12-page graphic story about the 1935 waterfront confrontation, The Battle of Ballantyne Pier, to Drawn to Change: Graphic Histories of Working-Class Struggle (Between the Lines), an anthology of nine comics outlining Canadian labour struggles.

According to Noam Chomsky, “This evocative collection of the struggles and achievements of labour organizing should inspire us to ‘dream of what might be’ and to act to bring it about.”

Sample pages of the book can be viewed here: http://graphichistorycollective.com/drawn-to-change

In the 1980s, the union hall once known as the Bow and Arrows Hall and frequented by Frederick Bruno Lester, became a punk rock venue where David Lester went there to see bands. He subsequently formed his political band called Mecca Normal.

NOTE: Here is a short film of his Battle of Ballantyne Pier comic: