Doolittle did a lot 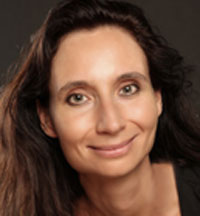 Inspired chiefly by H.D.’s aubiographical writing, Colby initially performed her twenty-four-character, one-woman play H.D.: A Life at the Vancouver Fringe Festival and at a Modernist Studies Association Conference in Japan in 2010. The fact that H.D. sought psychoanalytic treatment from Sigmund Freud and wrote a book about it is part of the presentation that was later remounted for a single performance in Paris in 2017. As an assistant professor in World Literature and Explorations in Arts and Social Sciences at SFU, Colby published her first book, Stratified Modernism: The Poetics of Excavation from Gautier to Olson (Verlag Peter Lang, 2009). According to publicity materials, it “spans from Théophile Gautier’s mid-nineteenth-century passion for Egyptology to Charles Olson’s literal excavations on the Yucatan peninsula in the 1950s.”