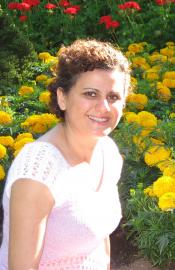 Born and raised in Iran, Nilofar Shidmehr came to Canada in 1997 and earned her MFA in Creative Writing from UBC. Before leaving, Shidmehr translated Toni Morrison’s novel The Bluest Eye, from English to Farsi. Due to Iran’s divorce laws, Shidmehr’s daughter must remain in Iran. Shidmehr hopes one day to bring her to Vancouver. Dedicated to her daughter, Shidmehr’s collection of short stories, Divided Loyalties (Anansi $19.95), looks at the lives of Iranian women in post-revolutionary Iran as well as the contemporary diaspora in Canada. Its publication will coincide with the 40th anniversary of the Iranian Revolution on Feb. 11th. The stories range from 1978, a year before the Iranian revolution, describing the hopes and dreams of affluent girls in a Tehran neighborhood, to Vancouver in the 1990s when a single-mother refugee is harassed by men she meets on a telephone dating platform. Later a Canadian woman revisits her hometown of Bam as a foreign worker after an earthquake. Shidmehr has hosted “Iranian Women’s Voice” on Vancouver Co-op Radio and teaches a course at Simon Fraser University called Iranian Women’s Everyday Lives Through Documentary Film. 978-1-4870-0602-0