All for the Greed of Gold presents Will Woodin’s 1898 bone-chilling journey over the Tutchi Trail. 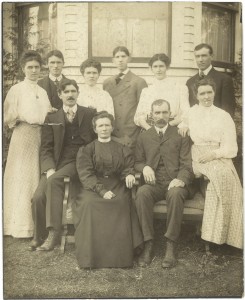 The rediscovered Klondike memoir and diary of Will Woodin (moustache, at left) is now a book.

Robert McCandless reviews the Klondike recollections of a 24-year-old gold-seeker.

REVIEW: All for the Greed of Gold: Will Woodin’s Klondike Adventure