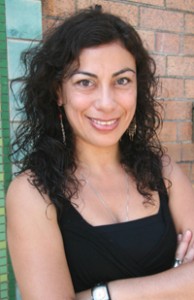 Carmen Aguirre’s  early plays about the “hardships, horrors, and heartache of exile” have been collected into a triad for Chile Con Carne and Other Early Works (Talonbooks $19.95). The three plays to be published later this year are Chile Con Carne, ?QUE PASA with LA RAZA, eh?, and In a Land Called I Don’t Remember.

Carmen Aguirre rose to prominence when she appeared on the cover of BC BookWorld in conjunction with her first book, The Trigger, about rape, in 2008.

Three years later she published Something Fierce: Memoirs of a Revolutionary Daughter (Douglas & McIntyre, 2011), about her militancy in the Chilean resistance during the Pinochet dictatorship. Set between 1979 and 1989, the memoir takes the reader inside war-ridden Peru, the Bolivian dictatorship and post-Malvinas Argentina. It became a national bestseller after it was named the winner of the 2012 CBC Canada Reads competition. Arguing on the memoir’s behalf was a Vancouver-based rapper named Shad, described as “a hiphop luminary” with a master’s degree in liberal studies. 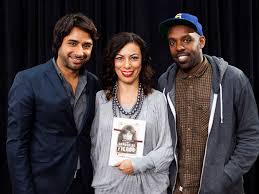 It was also published by Granta/Portobello in the United Kingdom and made available in Finland and Holland, in translation. Something Fierce was also nominated for British Columbia’s National Award for Canadian Non-Fiction, the international Charles Taylor Prize for Literary Non-Fiction, was a finalist for the 2012 BC Book Prize, was selected by the Globe and Mail, Quill & Quire, and the National Post as one of the best books of 2011 and was named Book of the Week by BBC Radio in the United Kingdom.

Carmen Aguirre has since evolved as a Vancouver-based theatre artist who has worked extensively in North and South America. She has written and co-written more than twenty plays, including Chile Con Carne, The Trigger, The Refugee Hotel and Blue Box. Set in Vancouver, her comedic drama The Refugee Hotel (Talonbooks) reflects the predicaments and concerns of refugee communities worldwide while focusing upon Chileans who fled their homes in the wake of Augusto Pinochet’s coup in 1974.

As a graduate of Langara’s Studio 58, Aguirre has more than sixty film, TV, and stage acting credits, including a lead role in the independent feature Quinceaáera, winner of the Grand Jury Prize and the Audience Award at the 2006 Sundance Film Festival, an Independent Spirit award, GLAAD awards and various People’s Choice awards at festivals around the world. She has taught at Vancouver Film School and received the Union of B.C. Performers 2011 Lorena Gale Woman of Distinction Award, the 2012 Langara College Outstanding Alumnae Award, and has been nominated for the Jessie Richardson Theatre Award, the Dora Mavor Moore Award and the Siminovitch Prize.

Blue Box (Talon 2013) is Carmen Aguirre’s one-woman show that tells a story of terror and romance that takes us from the dangerous mountain passes of Chile to the perilous roller-coaster world of Hollywood; from an ardent love affair with a TV star to a passionate love for a revolution that strove to change a nation.

Mexican Hooker #1: And My Other Roles Since the Revolution (Random House 2016) is the follow-up to Aguirre’s Something Fierce.