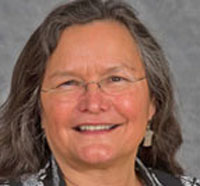 Bev Sellars served as the Chief of the Xat’sull (Soda Creek) First Nation near Williams Lake from 1987 to 1993 and from 2009 to 2015. But before that she became a mother at the age of nineteen.

After raising three children, she attended university as a mature student in Victoria where, much to her surprise, after dismal experiences in residential school, she discovered a passion for history.

Her passion is now reflected in Price Paid: The Fight for First Nations Survival, her follow-up to the resounding critical and popular success of her memoir, They Called Me Number One: Secrets and Survival at an Indian Residential School (Talon, 2013).

The fact that Bev Sellars eventually attended law school at UBC and earned her LLB while living in one of the family residences on campus, caring for two of her children (one attending university, the other high school), and a nephew attending high school, is a testament to her energy level and turbo-charged intelligence.

Now her ability to research, synthesize and focus on the task at hand has led to another highly readable and engaging book.

Armed with her degrees—and thousands of years of cultural instruction transmitted through her grandparents—Sellars worked on the B.C. Treaty Commission from 2003 to 2009. During this process it became alarmingly apparent that the shoddy education she’d received in both her elementary and high school Canadian history classes was shared by some aboriginal and nearly all the non-aboriginal negotiators around the Commission table.

That was the germination point for Price Paid.

During the Treaty Commission meetings one of the commissioners—according to Sto:lo Nation representative Stephen Point (who later became Lieutenant Governor) —actually said, “B.C. brings land to the negotiation table. Canada brings money. The First Nations do not bring anything to the table.” Whereupon Bev Sellars replied, “Aboriginal people bring all the land, and the money the governments bring comes from resources held on Aboriginal lands.”

Sellars consequently developed a two-hour education session on B.C. for government ministries and other commissioners. Now her book has emerged with some encouragement from her second husband Hereditary Chief Bill Wilson, aka Hemas Kla-Lee-Lee-Kla, the father of federal Minister of Justice Jody Wilson-Raybould. Bill Wilson has contributed the foreword as well as chapters on controversial 1970s American Indian Movement activist Leonard Peltier (still serving a life sentence after being convicted of murdering two FBI agents). Wilson also relates his own experience as a lawyer helping to draft the only amendment to Canada’s 1983 constitution.

Price Paid offers the reader an overview of North and South American aboriginal contributions to European lives from first contact to the present day. Before beginning chapter one, which covers human habitation from 40,000 years ago to first contact with Europeans in the 1400s, the reader is asked: What if you owned a house and a beautiful garden? Would you share it with others? Would you welcome them? By chapter five, the question is: What if eventually you are displaced to the garage and the newcomers take over the rest of the house? Is it theirs?

Bev Sellars examines derogatory terms such as ‘Indian giver’ and discusses the importance of medicinal plants, and hunting and fishing rights. We learn how the democratic model of the Iroquois Confederacy influenced Benjamin Franklin’s thinking.

The term ‘newcomers’ is applied to those who came to Canada and were helped by First Nations guides and healers and cooks—when they were found stumbling along the Fraser River, half-starved and looking for gold in the Cariboo.

We learn that the job of establishing reserve boundaries was mostly left up to gold commissioners with no legal or surveying background. Re-jigged boundaries were quickly drawn up to benefit a newcomer who wanted a spot on the river for his flour mill, to cite just one example, which meant an entire First Nations village was relocated. Agreements were not worth the paper they were written on and underlined the imbalance of power between those who were literate and those who gave aural consent before witnesses.

The Indian Act and the power wielded by Indian Agents, the repression of cultural ceremonies, the damage done in residential schools and the fact that women were suddenly removed from long-held leadership roles by the newcomers (English law designated women as ‘chattels’ or property of men) created what the United Nations defines as ‘cultural genocide’.

As late as 1975 when Bev Sellars was first married, she was told she would lose her rights as a member of the Soda Creek band; her rights and those of her children would be ‘transferred’ to the band to which her husband belonged. Fortunately, he agreed to move to her community and didn’t lose any of his rights by doing so.

Other chapters provide lessons in Indian Band Governance, the Department of Indian Affairs, Land Claims, Re-Establishing Aboriginal Rights and ‘Tilting of Power Back to First Nations.’ It is now the duty of all levels of government to meaningfully consult with First Nations.

Price Paid is sometimes painful reading but it is necessary if we are to move forward as a country—First Nations and newcomers together—armed with knowledge and empathy.

Caroline Woodward is the author of eight books. Alaska Highway Two-Step, first published by Polestar in 1993, will be re-issued by Harbour Publishing in 2017. Her daily mantra is: Respect Treaty 8! No Site C!