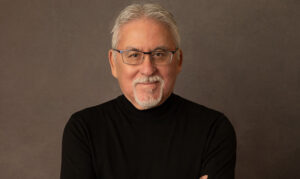 Brian Thomas Isaac, the BC author of All the Quiet Places (Touchwood, 2021) is one of this year’s judges for the prestigious Scotiabank Giller Prize for Excellence in Canadian Literature. Isaac’s debut bestselling novel won a 2022 Indigenous Voices Award, was a finalist for the Governor General’s Award and the Amazon Canada First Novel Award, and was longlisted for the Scotiabank Giller Prize and CBC’s Canada Reads.

Born in 1950 on the Okanagan Indian Reserve near Vernon, after completing grade eight, Isaac found work in the oil fields and in construction, and eventually retired as a bricklayer. At the age of fifty, without any formal training, he began to write and seventeen years later he completed All the Quiet Places.

Isaac and his wife live in West Kelowna where he enjoys time with his three grandchildren and is completing his second novel.