Black sheep of the tribe 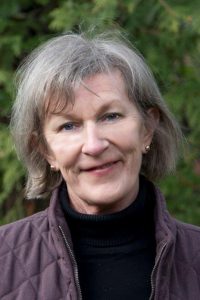 Some books are simply better than others. This fictionalized memoir, set in Britain during the Second World War, takes on big questions — mental fragility, emotional resilience, demonization of dissenters, tribalism, family secrets and family legacy, sex, love, and loyalty. The questions seep up through the book’s pages and draw the reader in, making it one of those books that is hard to put down until the last word.

The narrative is spoken through two voices: Irish housekeeper and “seer,” Mary Byrne, and Katie, youngest child in the ill-fated Brooke household, speaking from adulthood.

Vivid imagery and metaphor permeate Mad Hatter like a dream full of unexpressed grief and longings, the heavy weight of secrets and silence. At times, the emotional landscape reminded me of Bergman’s Cries and Whispers. There is a haunting aspect to this book, yet the story is firmly grounded in the day-to-day existence of a family, albeit a family whose lives are turned upside down in response to war.

As a Canadian born almost contemporaneously with the novel’s Katie Brooke, I vividly recall my parents and their friends talking about The War. Theirs was the perspective of those who “did the right thing.” My father enlisted aged 20, hurriedly married my mother, and off he went for officers’ training, soon to be followed by my mother who, swept away by the cause, served in the “war effort” in Halifax. Friends were lost, yes, times were hard, but the nobility of the cause — stopping Hitler — and the deep connectivity provided by the experience made for powerful memories and post-war bonding. There was no shame attached.

Cut to Katie’s father, Christopher Brooke, the so-called “Mad Hatter,” a British pacifist vehemently opposed to all war and convinced that the working class were the ones who paid for war as cannon fodder. He was one of the privileged, being groomed to take over his father’s successful hat manufacturing business. Nonetheless, he identified with the workers, and was often on the factory floor, working alongside the Brooke Hats employees, “moulding hats on wooden forms” (p. 130). Refusing to enlist in a war he didn’t believe in, he joined the British Union of Fascists under Sir Oswald Mosley. Mosley was a pacifist, but with many strange ideas. When war was declared, Christopher was interned for three years, pursuant to Regulation 18B, which allowed indefinite incarceration of dissidents during wartime, without due process of law or trial.

Hale unfolds the whole painful story through the lovable and loving Mary Byrne, upon whom awareness of Christopher’s incarceration and exile gradually dawns. All families hold dark secrets; the Brooke family, as a product of their time and place, did its best to contain the shame of Christopher’s “disloyalty.” We, the readers, see the effect upon the children of such silencing: Charlotte’s rigidity, emotional shut-down, and ritual longing for a magical rescue; Birdie’s unconscious gnawing on the insides of her cheeks; little Jimmie’s early asthma; and Katie imagining her absent father a king soon to rescue his princess daughter. Mad Hatter uses the family’s grandparents, in-laws, and siblings to provide a sense of the outside world’s harsh judgment of the Brooke family, following Christopher’s heresy. Cynthia Brooke’s assertions of her husband’s mental illness and damage, due to his experience of internment, are derided or ignored. There are no friends of this family, other than servants. The Brookes are the ostracized of the establishment Tribe.

Where does tribalism begin? It seems to start with “us and them,” and goes on to override reason and morality. It promises safety and protection, belonging, comfort in sameness, and a sense of pulling together. Among its dangers are that other people are less important, curiosity and tolerance for difference go out the window, and violence is justified. The Tribe comes first; morality, second. Christopher Brooke challenged the Tribe. He made himself vulnerable and different by so doing. He was also powerful by reason of his privileged upbringing and social standing — the perfect ingredients for being made a scapegoat. So even though Hale renders him insignificant in the big picture — “You’re not a bad fellow Christopher. You’re just a nobody,” says Colonel Robin Stephens of MI5 (p. 34), interrogating him when he was held at Latchmere House — he is demonized in ways that destroy him and deeply wound his family.

Tribalism enters our lives through war, genocide, racism. What does it give us and how does it hold us back? Where is there room for the non-conformist, and what is the fallout from our scapegoating? Hale is never didactic, never preachy. The big questions are embedded in her pages and they demand to be heard. The children act as a kind of mirror to the damage their father’s demonization creates. Their innocent absorption of the unspoken message of shame is a chilling reminder of the power of a family’s deep secrets to be visited on the next generation.

And the intense pull of a blind sexuality as experienced by Cynthia Brooke, engulfed in the tumultuous emotions generated by that particular blindness, is set against Mary Byrne’s choice to love, with a fully conscious and earthy sexuality as its bonus. The dramatic tension between Cynthia and Mary is another fascinating theme throughout the novel.

Mad Hatter is a book filled with beauty even as it tells of pain and struggle, even horror. Despite being fiction, which it really had to be, it feels so honest, as if the writer were tapping into buried memory — underwater treasure — to bring up the story. Hale’s work with the imagery of the sea, the spy, the ghosts in the house, and diving to bring to light dark secrets, is sure-handed and creates lots of space for mystery in the story. Humour sparkles through in many places, as does a keen sensuality. So very human is this story! We can never really know ourselves fully, even though we may imagine ourselves self-aware. Hale’s characters reveal those questions, those longings, and those unrecognized aspects of ourselves beautifully.

It seems to me every family has an unspoken story, maybe not as painful and unusual as this one; but such stories are there for the mining of the truths in them and potentially for the healing of our personal wounds. For that endeavour, this book is an inspiration. Most of us will never write that story, but to be able to allow it to come to consciousness, and to honour what it gives us, is a great gift. Amanda Hale claims that her grief and reclamation gave her back her humanity. That is a profound statement with meaning (and incentive) for all of us. They say that grief is an aspect of love, and Mad Hatter is a love story on many levels.
9781771833905

Sally Campbell is a nearly-retired mediator and conflict resolution trainer, born in B.C. and now living on Hornby Island. Her work has taken her across Canada; its diverse cultural contexts have been great teachers. Her head has been immersed in books since early childhood and she is now focusing more on her own writing. Through her career, Sally has written extensively on various aspects of conflict, mostly developing materials for lawyers, judges, academics, and communities. Her work with Indigenous communities and colleagues has been foundational. It led directly to her immersion, writing, and teaching on restorative practices. She is presently researching and writing on war abolition and developing her chops as a Peace Correspondent. For more detail see her website.