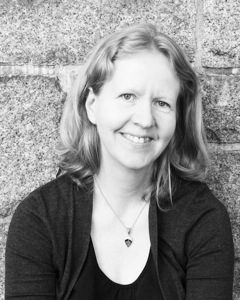 Anita Miettunen was born in Vancouver to Finnish immigrant parents. She has lived, studied, and travelled in many places including Toronto, Ottawa, England, Finland, and Japan. After completeing two science degrees, she worked for several years in environmental regulatory science for the federal government. While completing her MA in Children’s Literature at the University of British Columbia, she published her first children’s book, Big Blue Forever (Red Deer Press, 2017), inspired by the true story of how a blue whale skeleton, buried for over twenty years in PEI, was shipped cross country and reassembled for permanent display at the Beaty Biodiversity Museum. This story is complemented with facts about blue whales, their environment and the process that museums undertake to uncover, prepare, and reassemble skeletons for display and study.