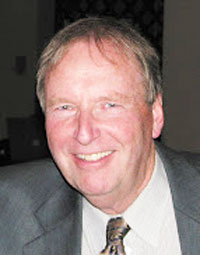 British Columbia: Graced by Nature’s Palette (Sandhill $49.95) takes a journey through B.C.’s unique and varied landscape through the seasons in which this book showcases its abundant fauna and flora. From rare wildflowers to ferns fighting for light on the forest floors British Columbia: Graced by Nature’s Palette reveals all that this beautiful province has to offer, including abandoned relics from the past in the process of returning to nature. Amidst the photography and occasional watercolour there are also useful tips and facts about the wildlife depicted in the images, such as what’s edible and what’s not—Sagebrush buttercup, no; Crowberry, yes. This is Frank Townsley’s first book.

Frank Townsley of Coquitlam is an avid naturalist and traveler who loves capturing nature’s treasures in both his photography and painting. Raised in the shadows of the North Shore Mountains, he received a Bachelor of Science degree from the University of British Columbia, and later graduated with honours in 1979 from the Art Center, College of Design in Pasadena, California, where he studied watercolour painting under Paul Souza. Returning to Vancouver he established a freelance practice in both photography and painting. He joined the Federation of Canadian Artists in 1979. He now teaches both photography and painting throughout the lower mainland. He has extensive website with images organized according to a large number of subject areas (including derelict cars). Robert Bateman writes, “Frank Townsley has a perceptive eye which comes through in his photography and his paints.  Like his watercolours, each of his photos is a work of art which not only captures the subject, but captures a moment.  In art, it is the idea that counts.  Early 20th century author Willa Cather describes art as capturing that ‘shining elusive element which is life itself – life hurrying past us, too strong to stop, too sweet to lose.’  This is what Townsley does.”

I was born and raised in the Vancouver area, graduating from the University of British Columbia in 1970. I entered an environmental design program at the Art Center, College of Design and graduated with honours in 1979. I returned to Vancouver and established a freelance practice in watercolour painting, joining the Federation of Canadian Artists where I won the first place Shell Canada award in the spring show of 1980. I was subsequently approached by Canadian Gallery Prints which printed and distributed prints and cards of my painted images Canada wide for decades. Basically self-taught, I received my first camera at the age of seven and never looked back. I am an avid naturalist and traveller who loves to document life’s experiences in photography and painting. I never considered myself as ever becoming a writer, but was inspired a few years ago by a local photographer to document my extensive travels and nature encounters throughout my beautiful province. The result is my book entitled British Columbia ~ Graced by Nature’s Pallette.