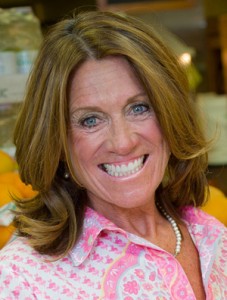 Another fabulous book in the Whitewater Cooks series! Full of all new recipes, this one focuses on fresh, healthy recipes and includes many innovative dishes that will inspire a passion for food and these amazing cookbooks! In this marriage of memoir and manifesto, Elizabeth May [pictured above] reflects on her extraordinary life and the people and experiences that have formed her and informed her beliefs. The book traces her development from daughter of activist parents, to waitress and cook on Cape Breton Island, to law student, lawyer, and environmentalist, and finally to leader of the Green Party and first elected Canadian Green Member of Parliament. As a result of these disparate formative experiences, May believes that Canadians must rescue our threatened democracy, return to our traditional role as a world leader, develop a sustainable economy, and take immediate and decisive action to address the climate crisis. Who We Are is both a fascinating portrait of a remarkable woman and an urgent call to action.

In a follow-up to his well-received Echoes of British Columbia, Robert Budd returns with more captivating tales of the province’s pioneering past in the very words of the people who lived them. Between 1959 and 1966, the late CBC Radio Journalist Imbert Orchard travelled across British Columbia with recording engineer Ian Stephen, conducting interviews with some of the province’s most remarkable and inspiring pioneers. The resulting collection contained 998 conversations totalling 2,700 hours of material—one of the largest oral history collections in the world and a precious treasury of Western heritage. In Echoes of British Columbia, author Budd skillfully renders some of the most entertaining and astonishing accounts from the Orchard collection into entrancing prose. Combining text, archival photographs and original sound recordings on three CDs, this collection brings the reader (and listener) in intimate contact with British Columbia’s past, deepening our understanding of the characters and events that shaped the province.

Aaron Chapman (author of Liquor, Lust, and the Law, a bestselling history of Vancouver’s Penthouse Nightclub) delves into the Commodore’s archives to reveal stories about the constellation of characters surrounding the club over the last 80-plus years, as well as startling, funny, and outrageous anecdotes about the legendary acts that have graced its stage. Filled with never-before-published photographs, posters, and paraphernalia, Live at the Commodore is a visceral portrait of one of the world’s great rock venues.
6. The Sea Among Us: The Amazing Strait of Georgia  Edited by Richard Beamish and Gordon McFarlane  9781550176834  Harbour Publishing
Informative, descriptive, cautionary and entertaining, The Sea Among Us is the first book to present a comprehensive study of the Strait of Georgia in all its aspects with chapters on geology, First Nations, history, oceanography, fish, birds, mammals. invertebrates and plants. Covering everything from tsunami modelling to First Nations history to barnacle reproduction, the book is a sweeping overview of the waterway and serves as an essential BC reference text.

Bestselling author and TV personality Mike McCardell, known for his humorous and touching portraits of ordinary BC lives, turns a new page and crafts a bittersweet memoir of his own hardscrabble childhood in New York City. Written with all the warmth and ironic humour his fans have come to know and love, Cardboard Ocean is an affectionate evocation of a childhood in a rough setting, but with the thrills, chills and loves that will be familiar to anyone who was ever young. McCardell’s unmistakable voice, unflagging humour and knack for finding magic in everyday life will thoroughly satisfy his devoted fans and charm those discovering him for the first time. In terms of sustained storytelling, Cardboard Ocean may be his best book yet.
8. The Dirty Apron Cookbook: Recipes, Tips and Tricks for Creating Delicious, Foolproof Dishes  David Robertson  9781927958179  Figure 1 Publishing
Unleash your inner chef with this collection of the best tried-and-true recipes from Vancouver’s acclaimed Dirty Apron Cooking School. Featuring more than 80 of the school’s time-tested signature dishes—from quick-and-easy starters to seasonal soups, sandwiches and entrées—this cookbook will become your go-to volume for delicious everyday meals and foolproof dinner party dishes. Lavishly illustrated with full page food photos and instructional sequences, loaded with chef’s notes and tricks of the trade and written with the home cook in mind, The Dirty Apron Cookbook is like your own private cooking class—a reference you can turn to again and again.
9. Raven Brings the Light  Robert Budd and Roy Henry Vickers  9781550175936  Harbour Publishing
In a time when darkness covered the land, a boy named Weget is born who is destined to bring the light. With the gift of a raven’s skin that allows him to fly as well as transform, Weget turns into a bird and journeys from Haida Gwaii into the sky. There he finds the Chief of the Heavens who keeps the light in a box. By transforming himself into a pine needle, clever Weget tricks the Chief and escapes with the daylight back down to Earth. Vividly portrayed through the art of Roy Henry Vickers, Weget’s story has been passed down for generations. The tale has been traced back at least 3,000 years by archeologists who have found images of Weget’s journey in petroglyphs on the Nass and Skeena rivers. This version of the story originates from one told to the author by Chester Bolton, Chief of the Ravens, from the village of Kitkatla around 1975.
10. Ice Storm: The Rise and Fall of the Greatest Vancouver Canucks Team Ever  Bruce Dowbiggin  9781771641319 Greystone Books
An incendiary inside look at the Canuck’s meteoric rise to the top of the NHL and their dramatic post-riot fall to mediocrity—all at a time when new efforts are being launched to save the once great team.
11. Tin Fish Gourmet: Great Seafood from Cupboard to Table  Barbara-jo McIntosh  9781551525464  Arsenal Pulp Press
As an ingredient, canned seafood often gets short shrift; it’s often considered a mundane filler for salads, casseroles, and sandwiches by those in a hurry or on a budget. But while fresh is always best, there’s no reason why canned seafood has to be boring. Discover how to transform everyday canned seafood into stylish, delicious dishes in this cookbook that features innovative recipes for not only tinned salmon and tuna but clams, oysters, shrimp, crabmeat, sardines, anchovies, mackerel, and more. Make sophisticated versions of traditional seafood dishes such as Creamy Garlic & Clam Chowder, Kentucky Crab Crepes, New England Salmon Cakes, and Apple, Cheddar & Tuna Melt. This cookbook is perfect for students, those on a budget, or those with time constraints, but it’s also a sea-worthy companion for any home cook with a pantry. It has often been observed that the First World War jolted Canada into nationhood, and as Mark Forsythe and Greg Dickson show in this compelling book, no province participated more eagerly in that transformation or felt the aftershock more harshly than British Columbia. In From the West Coast to the Western Front, Forsythe, host of CBC Radio’s mid-day show BC Almanac, marks the 100th anniversary of World War I by teaming with historian Greg Dickson and the ever resourceful BC Almanac audience to compile a sweeping portrayal of that crucial chapter of BC history. This volume tells of submarine smuggling, bagpipes lost on the battlefield and of the ongoing struggles by soldiers who made it home. It tells of battles that set records for mass death amid conditions of unequalled squalor, but also of the heroism of front-line nurses and soldiers like George Maclean, a First Nations man from the Okanagan, who won the Distinguished Conduct Medal.