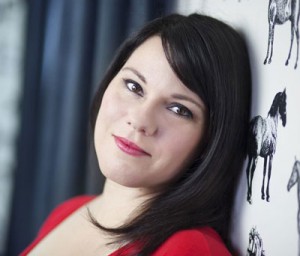 April is National Poetry Month. A good time to announce that Elizabeth Bachinsky has been named a finalist for the Pat Lowther Memorial Award for her most recent collection The Hottest Summer in Recorded History (Nightwood Editions $18.95). Bachinsky was previously shortlisted for the Pat Lowther Award for her 2009 book, God of Missed Connections (Nightwood Editions).

With her signature eye for irony and sensuality, Bachinsky balances a youthful playfulness with observational maturity in The Hottest Summer in Recorded History. Combining the unexpected with the ordinary and the sacred with the profane, she shares an intimate view of her world, which is full of honesty and dark humour.

Elizabeth Bachinsky is also the author of Curio and I Don’t Feel so Good (both Book Thug) and Home of Sudden Service (Nightwood Editions), which was nominated for the Governor General’s Literary Award for poetry in 2006. God of Missed Connections was also shortlisted for the Kobzar Literary Award and the George Ryga Award for Social Awareness in BC Writing and Publishing. Her work has appeared in literary journals, anthologies, and on film in Canada, the United States, France, Ireland, England, and China. She is an instructor of creative writing at Douglas College in New Westminster where she is Poetry Editor for Event magazine.

The other books shortlisted for the award are Alongside by Anne Compton (Fitzhenry & Whiteside), Leaving Howe Island by Sadiqa de Meijer (Oolichan Books), Whirr and Click by Micheline Maylor (Frontenac House Poetry), Meeting the Tormentors in Safeway by Alexandra Oliver (Biblioasis), and Status Update by Sarah Yi-Mei Tsiang (Oolichan Books).