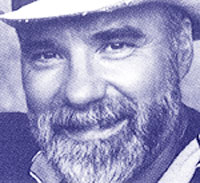 Arthur Black was diagnosed with Stage IV pancreatic cancer in early January of 2018 and died at Lady Minto Hospital on Saltspring Island on February 21, 2018 at age 74. Typically, he made jokes about his illness in a series of blog posts, suggesting getting a terminal diagnosis was akin to being swatted by a giant nerf bat, describing pancreatic cancer as “the Mike Tyson of cancers” and suggesting his final missives should be titled Dead Man Blogging.

Born in Toronto in 1943, Block first worked for CBC in 1971 at Thunder Bay. Arthur Black hosted CBC Radio’s Basic Black program for 19 years. Coincidentally, he wrote 19 books. He won three Leacock Medals for Humour– for Pitch Black (2006), for Black Tie and Tales (2000) and for Black in the Saddle Again (1997). Only two other recipients have won Canada’s top humour prize three times during more than 60 years of competition.

Black was also nominated for the Stephen Leacock Memorial Medal for Humour in 2014 for Fifty Shades of Black (2013) in which he typically addressed such topics as complex coffee concoctions and the dangers of reading too many kinky romance novels. In his final book, Paint the Town Black, Black typically tackled such important subjects such as poor penmanship and the burning question of whether one-time Thunder Bay mayor Walter “Jolly Wally” Assef really did pat the queen’s bum.

Arthur Black moved to Saltspring Island in 1995 and he retired from hosting Basic Black in 2002. He also hosted and narrated two television programs, Weird Homes and Weird Wheels.