The Governor General's Literary Awards (or GGs) deserve to be cited as Canada's foremost literary prizes. 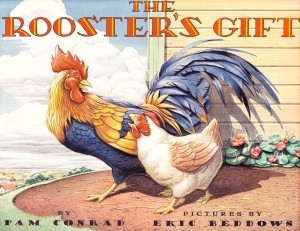 Based on Irvine’s fifteen years of research and book sleuthing, with the assistance of Edmond Rivère, his unprecedented bibliography has been released in Volume 52, Issue 1 of the Papers of the Bibliographical Society of Canada journal.

Along the way, Irvine has tried to collect all the books in the bibliography and has amassed a literary archive of approximately 2,300 items pertaining to the Governor General’s Awards. Andrew Irvine, a past president of the B.C. Civil Liberties Association, has mostly worked as a philosophy professor at UBC in Vancouver and at UBC Okanagan;  on weekends he can often be found foraging through Canada’s used bookstores.

Irvine’s particular passion has been collecting first-edition copies of all the books that have ever won Canada’s Governor General’s Literary Awards. By 2010, Irvine knew that 610 books had received GG Awards. Of these, 357 were in English and Irvine had succeeded in finding all but three of them in their award-winning editions; seven were still without their original dust jackets.

The three books Irvine was especially eager to find were first-edition copies of Arthur Bourinot’s 1939 book of poetry, Under the Sun (The Macmillan Company of Canada) and two novels: Bertram Brooker’s 1936 Think of the Earth (Thomas Nelson & Sons / Jonathan Cape), and Gwethalyn Graham’s 1938 Swiss Sonata (Jonathan Cape). He has since found first-edition copies of each.

“I now have at least one copy, in one form or another, of all the winning books,” he says. “But I’m still looking for several French-language first printings that are difficult to find. The hardest have turned out to be the French-language children’s books. Many book owners save and value their novels and books of poetry. And eventually these books find their way to a used bookstore. But children’s books are often read and then re-read. Then they find their way under the bed. Then they are put in the garage or thrown out. So they have been the hardest to find.” Here’s the one book Andrew Irvine wants for Christmas–a French winner in 1993.

At the top of his hard-to-find list is a first printing of  Le Monde Selon Jean de … with illustrations by Stéphane Jorisch. It came with an accompanying audio cassette. Both had a small print run and are very hard to find.

“I also have the first-edition paperback of Sharon Pollock’s book of plays, Blood Relations. But I haven’t found a copy of the hard cover,” he says. “And I have two copies of B.C. poet Jan Zwicky’s 1999 award-winning book, Songs for Relinquishing the Earth. But before Brick Books brought out the commercial edition, there was also a hand produced edition that I haven’t been able to find. The non-commercial copies appeared in 1996. They have French flaps, and a small photo of lavender fields pasted in each copy, and did not have the Note on the Text that’s at the front of the Brick Books edition. I’d be very grateful for any leads your readers might have.”

“It has been especially hard to find some of the older books with dust jackets in good condition,” he said, “because the first thing libraries do is throw away a book’s dust jacket. This means that for anyone wanting to consult the original book, part of the experience is lost.”

Finding books published during the Depression was a challenge because print runs were small. Then, during the Second World War, paper was often rationed, especially in Britain, but also in Canada.

“It’s not unusual to find dust jackets from the 1940s printed on backs of old military maps,” Irvine says. Some of his favourite titles in his collection are:

“So many of these books are worth reading more than once,” he said. “For instance, I re-read Karolyn Frost’s book about the underground railroad [I’ve Got a Home in Glory Land] and for a long time, Marie-Louise Gay’s children’s book Rainy Day Magic [from 1987] was a favorite at bedtime in our house.

“It’s hard to read Josephine Phelan’s account of the assassination of Darcy McGee [The Ardent Exile, from 1951] without thinking that it’s a book that it would be good for more Canadians to read.”

Numerous award-winning G.G. books were originally issued in small press runs so finding first-edition copies has sometimes been mostly a matter of luck.

“In 1947, Robert MacGregor Dawson won the prize for Academic Non-fiction for his book The Government of Canada. What’s not widely known is that, in addition to the 1947 hard copy of the book, a 1946 paperback student edition was also issued. The 1946 edition doesn’t appear on WorldCat, the online catalogue that lists the holdings of some 71,000 libraries from over 100 countries around the world.”

It’s very unusual for anyone to find an earlier 1946 copy, but Irvine has one.

In the process of becoming an amateur book sleuth, Andrew Irvine became an expert in Canadian literary history by default and he was able to identify  five award-winning titles from 1948, 1963, 1965, and 1984 that were previously excluded from prior lists.

The names of these  five re-discovered and overlooked winners were annouced by the Bibliographical Society of Canada on December 1, 2014.

According to publicity materials: Irvine’s painstaking scholarship has been recently published in the peer-reviewed journal Papers of the Bibliographical Society of Canada, edited by Eli MacLaren. According to MacLaren, the publication of the new bibliography is a milestone: “The bibliography represents the culmination of years of detailed archival work. It’s not everyday that discoveries like this are made.”

Prior lists of GG-winners have been made, but the task is more difficult than it might seem, especially since every year now adds fourteen winners in both official languages, not to mention many non-winning finalists. “It is a privilege to be able to publish scholarship of this calibre,” says MacLaren. “This bibliography will be of interest to Canadians, both to literary specialists and to the public, for years to come.”

The new bibliography differs from previous bibliographies in other ways. It includes

• the first division of winning titles into historically accurate award
categories;
• a full list of declined awards;
• a full list of books by non-winning finalists who have received cash
awards, a practice that began in 2002;
• more detailed bibliographical information than can be found in most other
lists;
• corrections of numerous minor errors that have commonly appeared in
previously published lists relating to the awards. Of the five titles inadvertently omitted from previous bibliographies, the first is the only book to have received a Governor General’s Citation, an award option that existed for three years but that was used only once. The award was given for the first book to win an award in the Juvenile category: Roderick L. Haig-Brown, Saltwater Summer, Toronto: Collins, 1948.

The other four titles are from multi-volume works in which multiple books – but sometimes not the full series – have won awards. Previous bibliographies have typically mentioned only a single title, leaving readers with the erroneous impression that only a single book was being listed.

Full details are as follows: Between 1936 and 2013, a total of 651 books have received Governor General’s Literary Awards. Andrew Irvine’s full bibliographical listing of all 651 books was released in Volume 52, Issue 1 of the Papers of the Bibliographical Society of Canada.

Having published numerous books of philosophy, Andrew Irvine is now looking towards publishing at a book about the awards, something that would not just introduce readers to the wide variety of Canadian literature that has been honoured by the Governor General’s Literary Awards, but would also give Canadians the opportunity to fall in love with forgotten titles all over again.