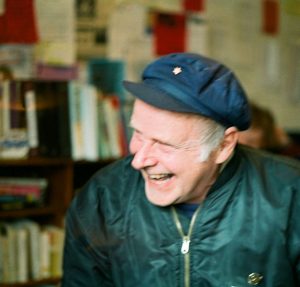 In his Freedom in East Vancouver, The Photography and Writing of Alan Fossen (Vancouver: Electromagnetic Print, $65), photographer Al Fossen has documented the eastside of Vancouver via “people, posters, protests and places” during the 1980s and 1990s. In 110 full-colour pages he highlights “alleys and graffiti” to reflect an era in which citizens dealt with counteracting 20th century racism, colonialism, fascism and “the modern capitalist state which fuels war and criminalizes the poor.” It is intended to reflect the resiliency of the human spirit.

This book will be launched at Cafe Deux Soleils on March 19th.