Adventure on the savannah 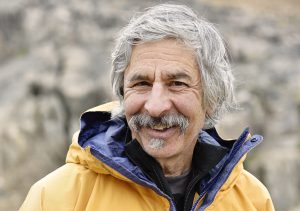 Jon Turk’s fifth adventure narrative about being on the unforgiving savannah with a Samburu headman, Tracking Lions, Myth, and Wilderness in Samburu (RMB $30) explores the aboriginal wisdom that endowed our Stone Age ancestors with the power to survive — and how, since then, our culture has often been hijacked and distorted by our urban, scientific, oil-using world. In 2012, Turk was nominated by National Geographic as one of the top ten adventurers of the year. He has kayaked around Cape Horn and across the North Pacific from Japan to Alaska, mountain biked across the northern Gobi in Mongolia, made first climbing ascents of big walls on Baffin Island and first ski descents in the Tien Shan Mountains in Kirghizia. In 2011, he circumnavigated Ellesmere Island.  Jon Turk splits his time between Darby, Montana and Fernie. 9781771604734