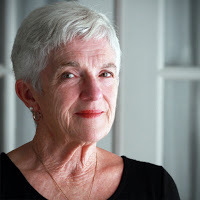 With access to court transcripts and many related documents, Helen Webster has written the true story of four-year-old Susan who was beaten to death in the name of discipline in A Question of Intent: Child Abuse and the Justice (FriesenPress $27.99). Beatings had started when Susan was just five months old and continued until just days before her fifth birthday. The question central to the court case was whether or not her parents meant to kill her. The book does not attempt to second guess the results of the trial, but simply presents the evidence and the legal arguments, leaving the reader to decide. 978-1525579813