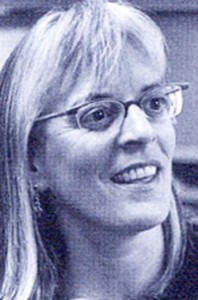 Some of the Columbia River Treaty’s provisions are set to change in 2024, and with termination of the treaty requiring a 10-year notice period, the question of whether or not to renew, renegotiate or terminate this water agreement is now being actively discussed by governments and policy makers. A River Captured (Rocky Mountain Books $20) by Eileen Delehanty Pearkes explores the controversial history of the Columbia River Treaty and its impact on the ecosystems, indigenous peoples, contemporary culture, provincial politics and recent history of southeastern British Columbia and the Pacific Northwest. At the heart of this survey of the Treaty and its impacts is the lack of consultation with local people. A little-known aspect of the Treaty’s history is the 1956 “extinction” of the Arrow Lakes Indians, or Sinixt, whose transboundary traditional territory once stretched from Washington State to the mountains above Revelstoke, B.C. Several thousand Sinixt today living south of the border have no rights or status in Canada, despite their inherent aboriginal rights to land that was given over by the Treaty to hydroelectric production and agricultural flood control. 9781771601788

Born in the United States, educated at Stanford University (B.A., English) and the University of British Columbia (M.A., English), Eileen Delehanty Pearkes has been a resident of Canada since 1985. She writes two popular columns on Canadian landscape history for The North Columbia Monthly and the online news website The Nelson Daily. Because of her personal experiences, education and academic interests, her perspective on landscape, water and culture is binational. In 2014 she curated an extensive exhibit on the history of the Upper Columbia River system in Canada for the Touchstones Nelson museum and the Columbia Basin Trust, with specific reference to dramatic ecological changes both before and after the Columbia River Treaty (1961–64), as well as a history of the government policy that shaped this international water treaty. The exhibition won an award of excellence from the Canadian Museum Association.