A hero in the garden 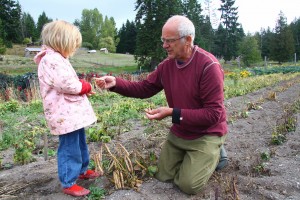 His Salt Spring Seeds company now grows over 700 wild and domestic plants for seed for sale around the world.