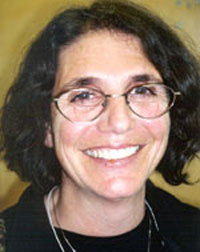 LOCATION: Mahood Falls, 80 km from 100 Mile House, set in a remote valley on the southeast edge of Canim Lake, ten km from the west end of Mahood Lake. [Access to the actual waterfall called Mahood Falls, located on the Canim River, downstream from Canim Lake, is via a short trail off the Mahood Lake Road in Wells Gray Provincial Park.]

Kathleen Cook Waldron spent her first thirteen years in B.C. in Mahood Falls, where she built a log house with her husband, Mark, and raised their two children. Following her arrival in 1976, she collaborated with another local resident, illustrator Deborah Turney Zagwyn, to produce her whimsical first book, A Winter’s Yarn, about the winter activities of animals at the zoo.

“The Cariboo is filled with places that have literary significance for me,” says Kathleen Cook Waldron.

Although the tiny Cariboo settlement of Mahood Falls lost its post office in 1990, it has persisted as a community of approximately fifty people without stores or services—serving as the inspiration for several other books by Waldron.

She recalled her experiences in house building and her adaptation to rural life to write Five Stars for Emily. “Until we moved to Mahood,” she recalls, “I had almost never camped out, and if anyone had suggested living that far from a town, much less a city, I, like Emily, would have declined the opportunity with a shudder and not given it a second thought. I now consider our move to Mahood one of the most fortuitous decisions I’ve ever made.”

Between Shadows arose from the experience of buying the land at Mahood Falls without making sure it came with legal access. The long process of gaining that access found its spark for a story when friends of hers in Hawaii lost access to their favourite beach after the land around it sold.

In Waldron’s Between Shadows (Coteau, 2015), 12-year-old Ari has just inherited his grandfather’s log cabin, but Ari’s family wants to sell the property to developers. The family is having financial problems and needs the money, and the developers want to build a luxury hotel on the desirable lakeside land. Ari explores the property and discovers hidden spots and secret doors, making him even more determined to keep it. With the deadline to sell nearing, Ari must somehow save the place that is a cherished connection to his beloved grandfather. In her book, A Wilderness Passover, Waldron sees herself as the grumpy mama , overwhelmed at the prospect of celebrating her first Passover away from her extended family. But she has the great good fortune to be welcomed by the kindness and generosity of her new neighbours and friends, just as Waldron was. In a similar vein, her short story “One Candle, Many Lights” in the anthology Winds Through Time is set in the 1950s in nearby Lone Butte, at that time a larger community than 100 Mile House because of its B.C. Rail passenger train station. “This story also has autobiographical overtones,” she says. “Northern B.C. has a long Jewish history, despite the fact that for most Jews, forty years in the wilderness with Moses was enough. This story reflects the need to find your place in a community whose heritage differs from your own.”

After Kathleen Cook Waldron moved to live on the shores of Horse Lake, about 15 km from 100 Mile, the ‘Worms for Sale’ signs she passed on her way to work inspired the book, Loon Lake Fishing Derby, her commentary on capitalism. Dean Griffiths transformed her human characters into a cast of furry Loon Lake locals who decide they need a fishing derby to liven up their quiet town. Worm sellers and desperate anglers proceed to wreak havoc on gardens, leaving no shovelful of dirt unturned in their quest for bait. The frenzied invasion of fishermen creates mass confusion. “The fish were biting, but every time a fisherman tried to reel in a fish, his line got tangled with a dozen others, and the fish got away.” No fish are caught, but to restore order and replenish their gardens, Wally the squirrel convinces everyone to return their worms in exchange for a slice of watermelon. Kathleen Cook Waldron spent her first thirteen years in B.C. in Mahood Falls, where she built a log house with her husband, Mark, and raised their two children.

When Waldron and fellow Caribooster Ann Walsh of Williams Lake began planning a “Gold Rush ABC” book together, Waldron drove up Highway 97 and Walsh drove south in order to meet at Clancy’s restaurant in Lac La Hache, the half-way point between their homes. One day during that drive, the logging trucks rumbling by on the highway gave Waldron an idea. Both 100 Mile and Williams Lake are forest-based communities. Walsh knew hand-logger poet Lorne Dufour. Waldron had a partnership in a woodlot with friends who grew trees for reforestation. Both authors knew people who worked in mills and other aspects of the forest industry. Thus Forestry A-Z replaced the gold rush project.

Kathleen Waldron was raised in Denver and attended university in Colorado and Madrid, Spain. She has a Master of Arts degree, specializing in bilingual education. Having worked as a treeplanter in the B.C. Interior for ten years, she once estimated she planted 350,000 trees for reforestation. Both her children, Levi and Rosy, attended a one-room school in Mahood Falls, and both have since graduated from university with advanced degrees. Levi is now a researcher and professor in New York City, and Rosy is an events officer for her university’s post-graduate association in Melbourne, Australia.