#613 The strange fate of John Jeffrey 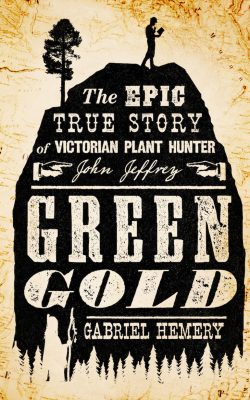 Had I not been familiar with the protagonist, John Jeffrey, I doubt if I would have taken the trouble to acquire and read Green Gold. The artwork of the cover is unattractive, the title overlong and hackneyed. I would have passed it by. However, I am so glad that did not happen. I read it and was enthralled!

The book is a semi-fictional recounting of the adventures of a real person. While holding fast to the known facts, it adds highly plausible augmentation. The result is a masterly told story of a noble quest against fearsome challenges by a youthful hero of modest roots and demeanour.

That hero was John Jeffrey, a 23-year-old Scottish gardener commissioned by a group of eminent and wealthy — but parsimonious — men of Edinburgh to go to the western slopes of the Rocky Mountains, collect and send back seeds of trees and plants for their estates. This was in the early 1850s, following David Douglas who had made a similar quest and perished in the process. John Jeffrey was given detailed instructions that included the requirement to keep a journal and send it back with the consignments of botanical material. 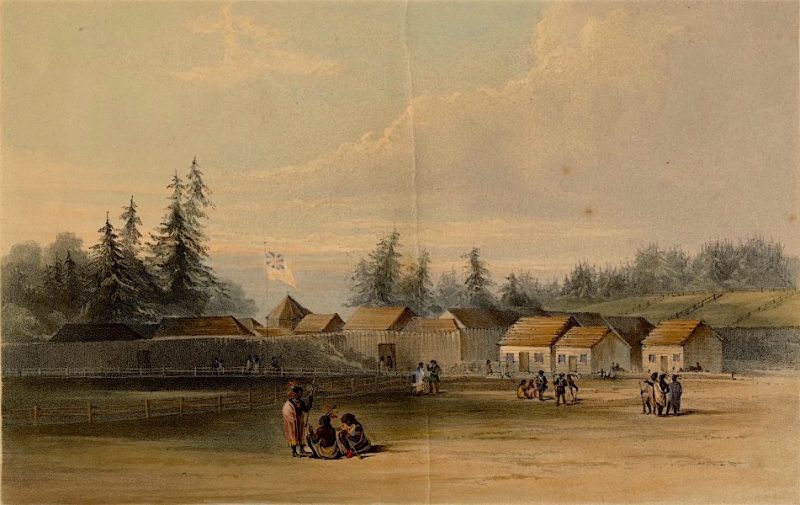 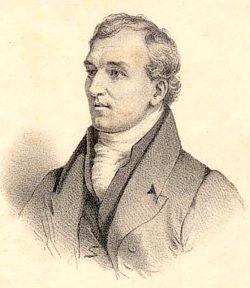 Jeffrey complied with the mission in all but the journal. He benefitted from the support of the Hudson’s Bay Company, for the passage out, the arduous travel across the continent with their fur brigades — by York boat, snowshoe, and dogsled — for accommodation at their trading posts, and for cash advances as needed. By accomplishing the journey, in midwinter, Jeffrey proved himself as resolute and hardy as the best. En route and at company posts of Cumberland, Jasper, Colvile, Langley, Vancouver, Nisqually, and Victoria he met, impressed, and befriended such old hands as Peter Skene Ogden, Alexander Caulfield Anderson, James Douglas, John Ballenden, and Dr. William Fraser Tolmie. All praised his enthusiasm and dedication to his botanical mission.

He collected many specimens, and sent back at least ten consignments, all labeled with location and physical details. Delivery of these packages was inconsistent, irregular, and lengthy. He sent a few letters, but no volumes of his journal. It was not clear if he had even kept a journal. This last omission, coupled with the long waits for the packages, caused his sponsors to grow increasing dissatisfied with his performance. Oblivious of the physical difficulties of the region and the primitive communications available to Jeffrey, they dismissed the value of the material and his reliability. Eventually they terminated his contract and access to credit for his expenses. True, he had become less communicative about his itinerary and situation, but he did continue to send back packages, with a total of over 400 species, many of them new to science.

Traces of Jeffrey petered out after a last, small package sent from San Francisco. Rumours had him dead of thirst in the desert of New Mexico, or murdered by renegades for his mule and meagre possessions. This was the lawless era following the California gold rush when all such scenarios were plausible. And there, most accounts of Jeffrey’s expedition, including that of the reviewer, conclude. Now comes Gabriel Hemery’s Green Gold.

Hemery’s book opens at the venerable Arnold Arboretum of Harvard University, which specializes in the biology of woody pants. Helen, has arrived to begin her first internship and meets the director, Professor Freeman (“please call me Ben, we’re very informal here.”) He leads her through wood-panelled reading rooms and corridors lined with shelves of leather-bound books, to and through an inconspicuous, locked door. They enter a huge, featureless space with the floor covered in archival boxes stacked three high. Ben explains that they have consolidated material from their many long-term storage cellars, cupboards, nooks, and crannies, and it all needs cataloguing. He suggests she begin in the far corner to sort the material into the few categories on his scribbled list. 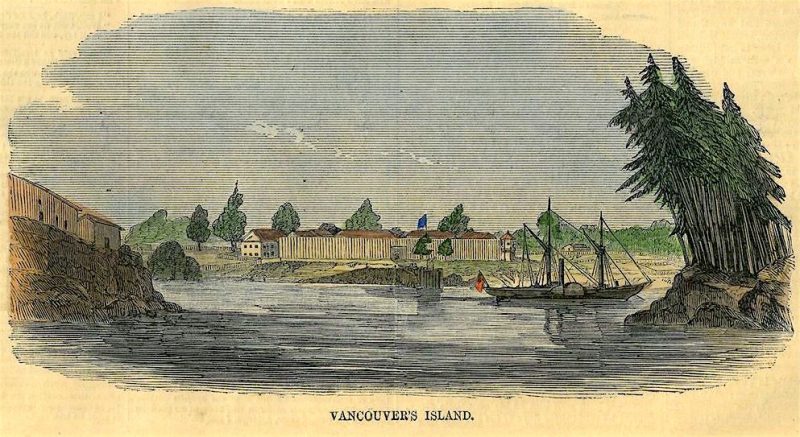 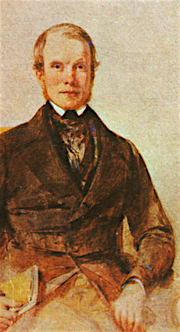 She starts with a heavy box at the bottom of the first stack. Inside, she finds a jumble of papers including a bundle of worn, leather-covered notebooks, each wrapped with a leather thong. Tucked into the first, dated 1852, were two folded pages, seemingly a letter. Hemery withholds the content of that letter until the final pages of his book. Emily unties the lace of the notebook and starts to read. It is a handwritten journal. Although the first entry is not in its chronologically correct place, it is gripping. The reader is immediately hooked.

Hemery weaves three threads into his story. The first, marked “present day,” are Emily’s email exchanges with Ben as she investigates and transcribes the journals, and corresponds with the archives of the Royal Botanic Garden, Edinburgh. The second thread consists of actual archival documents related to the mission: minutes of meetings, correspondence between members of the syndicate and other eminent botanists, and the few letters from Jeffrey and his notes attached to specimens. These are positioned in the text to correspond chronologically with the progress of the mission. Hemery flags such documents to distinguish them from his own augmentations. 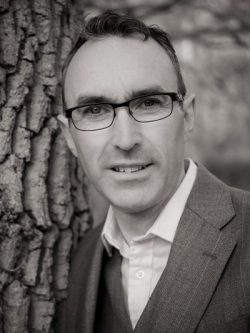 The third, and dominant, thread is the text of the missing journal of John Jeffrey, apparently directly transcribed from the notebooks discovered by Emily. The writing style well matches that of the known letters from Jeffrey. It recounts, in full, his hardships, adventures, discoveries, encounters, delights, and disappointments. There is a moving love element, and separately, a chapter of male bonding with a local guide, Wahiya, who teaches him wilderness survival skills such as foraging and making snowshoes from Tamarac wood and sinew, and shows him how to use them. Most crucially, Jeffrey commits to the page his innermost thoughts. This explains his disobedience to the order to submit his journal. He feels it is too personal to share, and his situation did not permit the creation of an edited version for the sponsors.

With no wish to act as a spoiler for readers of Green Gold, I will not go into how the author resolves the mystery of Jeffrey’s disappearance, or how the journals ended up in the Arboretum. But I will tell something of the gripping first, and out of place, entry in the journal. It was written under extreme stress and anxiety. Jeffrey had been, as often, alone, asleep wrapped in a blanket, deep in the forested mountains of Shasta, when he was attacked and mauled by a cougar. He managed to fight it off but had suffered serious head wounds. He managed to sew up his own injuries, all the while fearing a follow-up attack. After what he felt must have been two days of delirium, he recorded the experience in his journal, but in his confusion writing amid splatters of blood, on the inside-front cover and endpaper, instead of its proper page. He recorded his relief that his writing hand had been uninjured in the attack.

Back to real time. The author is an Oxford-trained forest scientist and the founder of an environmental charity. He obtained funding for this, his second book, through crowd-sourcing. The usual challenges for such self-published works are those of marketing and distribution. While available from Amazon.ca, it is not yet distributed locally. It is my earnest hope that an established publishing house in British Columbia will recognize its significance and value of this book, arrange a business relationship with the author, and bring it to better visibility in our local market.

As I mentioned at the start of this review, I feel the book deserves a better title and cover, and some illustrations to improve its shelf appeal. I also believe it would make a marvellous mini-series for TV. I thank Hemery for highlighting the amazing story of an under-appreciated figure in our early history, and wish him every success with this fine, well-told tale. 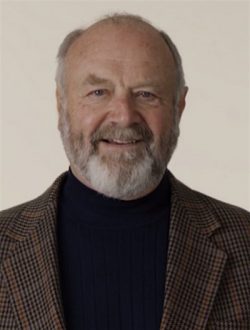 Michael Layland, a Victoria B.C. author whose third book recounting various aspects of the history of exploration and early settlement of Vancouver Island is due for publication in October 2019. In Nature’s Realm: Early Naturalists Explore Vancouver Island (Victoria: Touchwood Editions) includes four pages on John Jeffrey’s mission, as well as the stories of several other Scottish botanists who came to this region. Details are on his website: michaellayland.com