#601 Notice to all Japanese Persons

The Three Pleasures
by Terry Watada 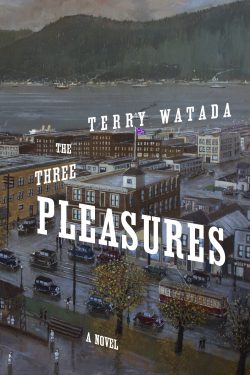 One of the touchstones of Canadian historical fiction is Obasan, Joy Kogawa’s gentle, autobiographical 1981 story of a Japanese-Canadian childhood disrupted by the racism of the Second World War years in British Columbia. With its cast of innocent and bewildered victims who are forced from their homes on the coast into Interior camps and Alberta sugar-beet farms, purely because of their race, Obasan helped cement in the mainstream the idea of “The Enemy That Never Was” — the memorable title of the dense, authoritative 1976 non-fiction chronicle by Ken Adachi.

These books set the stage for an act of reconciliation — the apology and restitution to Japanese Canadians by the Mulroney government in 1988, one that followed by two months a similar apology given to Japanese Americans for their wartime treatment. In 2012, the B.C. government — the prime instrument historically of racial discrimination, including denial of the vote — also apologized.

Terry Watada’s novel The Three Pleasures takes a different tack: the differences within the Japanese Canadian community on loyalty to Japan in wartime. His cast of characters — overwhelmingly male — include a swath of historical figures, many of whom were supporters of Japanese expansionism in Asia in the 1930s. Among them is the Vancouver gangster Morii Etsuji, the subject of a notorious trial in the city in the fall of 1942 aimed at finding his link to Japanese fascist organizations and his connections with an allegedly corrupt police establishment. 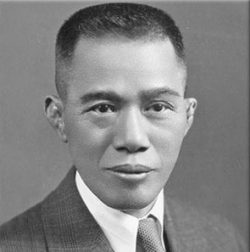 His counterpoint is Tommy Shoyama, the publisher of the New Canadian newspaper, founded in 1939 as “the voice of the second generation” and the leading advocate of compliance with authorities’ demands during the war.[1] Shoyama believes in the essential fairness of Canadian society — that Japanese Canadians will be seen eventually as loyal citizens by obeying the unjust laws rather than protesting them. Most chapters of the book begin with a paragraph quoting from the New Canadian‘s actual descriptions of ongoing events, written in the neutral prose that made it tolerable to the authorities and allowed it to continue to publish.

It is this clash between the Nisei (born in Canada) and the Issei who were born in Japan and retain that country’s cultural norms, including Emperor-worship, that provides the dramatic structure for the book. Even the characters’ names highlight the differences: Issei identify themselves with their surnames first, Nisei use the western convention of a given name first.

The narrator is a Nisei, Daniel Sugiura, a second-year UBC English student at the time of Pearl Harbor. Although he has experienced some racism growing up in Vancouver, he is essentially a contented Canadian and, like most of his Nisei friends, speaks only rudimentary Japanese. Shoyama hires him; this device, of Daniel as roving reporter for an authorized newspaper, allows him to move through the various landscapes of internment in B.C. and Ontario. 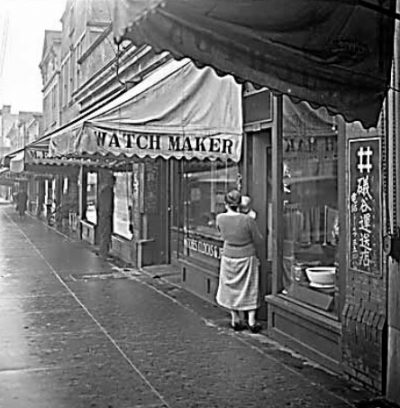 The story begins with good descriptions of Daniel and his friends growing up in Vancouver’s “Japantown” along Powell Street, with an obligatory mention of the Asahi baseball team, in what is now called the Downtown Eastside. A bit of a nerd, Daniel “comes of age” at the Three Sisters Café and brothel. Immediately after the Pearl Harbor attack on December 7, 1941, he witnesses bonfires of incriminating material and observes that the Issei have stopped cheering for the Japanese army.

The narrative follows the events of 1942 and thereafter: the round-up and forced sale of fishing boats; the resistance to separating families and forcing able-bodied men into road-building camps in the Interior; Morii’s interventions and promises to fix problems if everyone cooperates; the moving of families to the barns and hockey rink at Hastings Park (the PNE); the dispersal of families to camps in the Interior, mainly in the West Kootenays; and, dramatically, the mass surrender “in the name of the Emperor” of resisters to the evacuation, their jailing, and the subsequent riot in the Immigration Building at the foot of Thurlow Street. 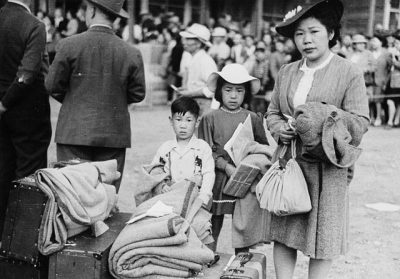 Daniel is arrested and jailed for violating the curfew and is able to witness the riot, but is then sprung by Shoyama. He makes his way to the Petawawa prisoner-of-war camp in Ontario where the rioters have been sent, and later to another prison camp, Angler. He yearns to fight back because he “disagreed with cooperation,” and clashes with Shoyama. Cooperators are traitors to Japanese blood, he comes to believe. Gangster-like groups with names like Yamato Boys spring up and control not only the prison camps but even the large Tashme internment camp just east of Hope (today’s Sunshine Valley resort location).

Daniel is able to roam about thanks to Shoyama’s connections, and touches down in the big “self-sustaining” camp in East Lillooet and in Kaslo, where the New Canadian has re-established itself. As the war approaches its end, the Canadian government begins loyalty tests on the Japanese Canadians to determine who should be deported to Japan. Having read about so many pro-Japan characters over nearly 300 pages, I found myself thinking “about time,” which surprised me as I have always believed that the treatment of the community was racist and deeply unjust.

The internment camp at Tashme, between Hope and Princeton. Courtesy of the Japanese-Canadian Community Association 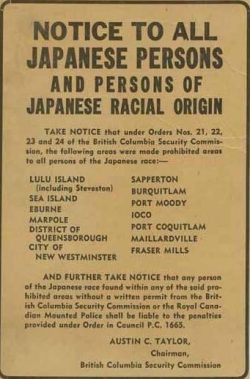 “I had no home, no country, no future, all due to my cursed face,” Daniel writes, as his anti-Canada attitude hardens and he moves to a camp in Moose Jaw in 1946 with the Yamato Boys and others who still promote “the lost cause” of Japanese victory. “In the end, there was the total loss of everything,” he writes. The book finishes with a classic Japanese shrug Shikataganai — “it can’t be helped.”

White Canadian figures also appear as the plot unfolds, including the industrialist Austin Taylor, head of the BC Security Commission which had power over every aspect of Japanese-Canadian life. Most are presented as arrogant, dictatorial overlords.

Both a strength and a weakness of the novel is its first-person narration: it gives the story an immediacy, but Daniel has to see everything he writes about, or talk about it with one of the other characters, or write “I was told by…,” making some of the dialogue very lengthy and complex. Another challenge is the overwhelming maleness of the large cast of characters; there is one woman, Irene Kondo, who works on the New Canadian and whose personality is developed successfully. But Daniel’s love interest Gladys, sister of his boyhood friend, is little more than a cipher. 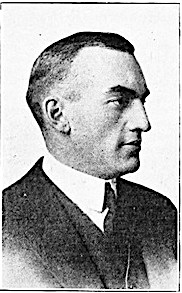 Spoiler alert: Gladys appears early in the book with her family in Steveston, aged about 15 or 16, very sweet but too young for him. He loves her just the same and waits for her to grow up. They meet a couple of times and have a kiss or two. He yearns for her and makes the difficult trip to Tashme to see her and her family. Then, with only a little warning in the plot that the Provincial Police guard at Tashme covets her, she is delivered to him by the men of the camp’s gambling den and is beaten and killed. All this happens off-camera, as it were; Daniel, who has returned to the prison camp in Ontario, hears about it much later and second-hand. Not that this reader wanted a Hollywood ending, but it is a real downer.

A third challenge is the sprinkling of Japanese expressions and honorifics throughout the prose, although there’s a good glossary in the back. Some lovely short words like inu — dog, traitor — stick instantly in the memory, but sentences combining Japanese words with the abbreviations of the various organizations and the names of characters take a while to process. One example: “Originally, the leaders of the NMEG and other namaiki destined for Ontario were identified by the JCCL as ganbariya to mock them.” 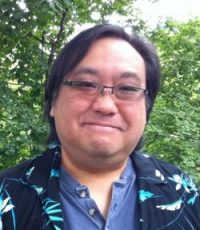 The Three Pleasures is a bracing antidote to the accepted narrative of wartime Japanese-Canadian history and their integration thereafter into Canadian society. Its appearance is especially interesting during the multi-year, multi-university Landscapes of Injustice research project (www.landscapesofinjustice.ca), which is nailing down the racist legislative and administrative chicanery that robbed Japanese Canadians of their freedom and property, as well as recording stories of individual loss and humiliation. Terry Watada’s novel is a cautionary tale for our time: how contented, productive young people can be radicalized by prejudice, exclusion, and injustice. 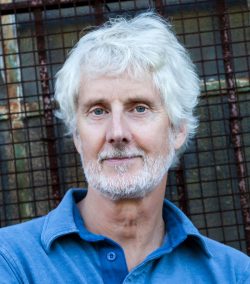 Michael Kluckner is the author of Vanishing British Columbia, which touched on Japanese-Canadian history, as well as the graphic novel Toshiko, an inter-racial romance set in B.C. during the Second World War. He is president of the Vancouver Historical Society. 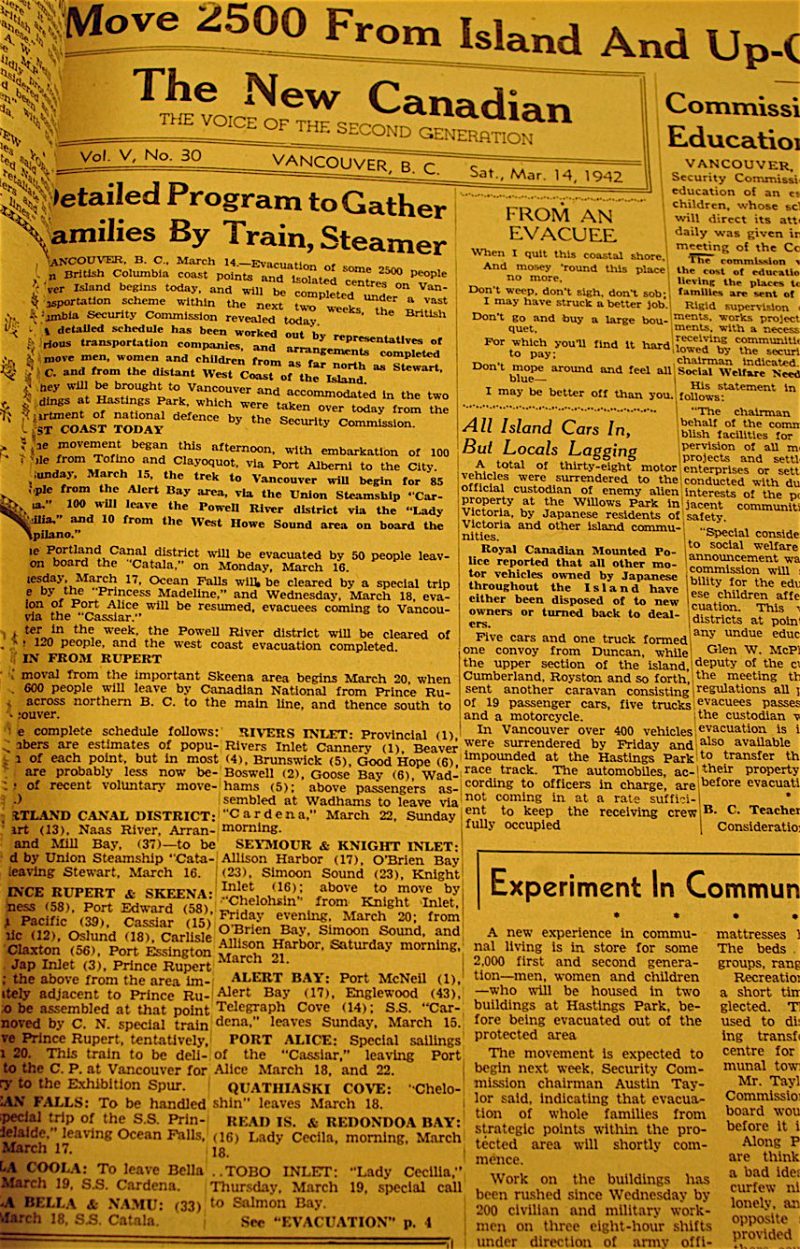