The author of several previous books of poetry, Tim Conley teaches twentieth-century literature at Brock University, specializing in modernists such as Joyce and Beckett, as well as “experimental novelists and avant-garde poets,” according to his academic webpage: https://brocku.ca/humanities/english-language-and-literature/faculty/tim-conley/

It is safe to say that Conley’s teaching interests mirror his creative writing interests; Collapsible induces readers to question the nature of reality, not to mention their own perceptions. The stories are fresh, unpredictable, and often exhilarating and inspirational. Reading the thirty pieces quickly becomes an adventure, one, the reader soon finds, with an unpredictable ending. I found myself broadening my conception of what constitutes a short story.

One of Conley’s approaches is to have a circle of characters that he moves through to forward the plot, rather than one or two main characters. These characters generally follow a very connected and circular plotline as well. Conley explores large philosophical questions and upturns readers’ preconceived notions in witty ways.

The first story, “Enantiodromia or Something like It, ” serves well as a frontispiece for the book. The cyclical nature of this story surprised me. The first sentence gave me the impression I was being introduced to the main character, but I quickly learned otherwise. The Lycanthropologist turned out to be the first in a series of characters leading around in a connected spiral back onto itself. The complex cycle is complemented by the Lycanthropologist’s “transformation” into a monster/beast and complicated the definition of the titular word: Enantiodromia, a word that I had to look up myself and I find beautiful to say. It means “the tendency of things to change into their opposites, especially as a supposed governing principle of natural cycles and of psychological development,” according to Lexico.com, a collaboration between Dictionary.com and Oxford University Press. The beauty of this word is reflected in the perfectly-balanced, puzzled-together story that is “Enantiodromia or Something like It,” and its meaning is reflected in the composite that is Collapsible. 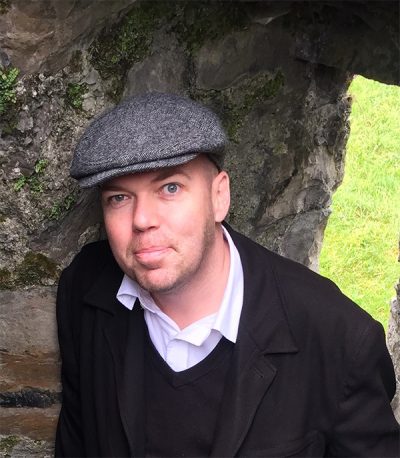 “Shy” is one of a handful of works that covers a page or less, and one of the strangest I have ever read. In form and effect, it is similar to Haiku and an Imagist poem; one simple sentence carries the weight of an entire world, an entire story. It simultaneously asks and answers so many questions. In the context of the entire collection, it makes complete sense and doesn’t leave anything behind. It seems very purposeful and, like evocative Imagist work, reminds the reader of the significance of single word choice.

The personification of the woman’s feet in “Her Feet” is hilarious on a literal level and at the same time terrifying. Her feet talk to each other and have very distinct personalities. As they invoke other body parts and their respective functions, and as the feet express their increase dissatisfaction with their lowly, subservient function, an individual body becomes a metaphor for a social hierarchy, the biological body a representation of a social system. The feet contemplate job action — options of recourse that range from severing themselves from the body to demanding to be taken out dancing in an exotic locale. This story evokes many questions. What do her feet mean by “go on strike?” Does it mean they will fall asleep, or is something more sinister at play when your body parts become animate apart from your own consciousness? This is another strange and wondrous story that has prompted me to think in ways I never have before.

“Six Dreams of Natural Selection” blends the past and the present in six “dreams,” each one becoming stranger than the last. The story is typical of those in the rest of the collection: themes of death recur, the past and present blend, and the narrative is short and episodic. Although death is explored in each, interpretation is elusive. Though the six vignettes seem to all be told from the point of view of the same character, only in the final dream is the character’s gender revealed. The biggest question “Six Dreams of Natural Selection” raised for this reader is: is the entire world the museum exhibit of Charles Darwin’s Natural Selection?

As I expected, “The Evil Lesbian” elicited double-takes at the abnormal and unexpected. The story puts the question “what is evil?” in the spotlight and presents the activities of the “evil lesbian” over the course of a week. Monday through Friday activities are mundane and seemingly unconnected. Perhaps apart from her returning library books on Balthus (the controversial painter of erotica, notably of young women) nothing the slightest bit untoward is indicated during the weekdays. The surreal twist that occurs on Saturday in the form of a cataclysm far, far away, causes us to question not only the titular character’s complicity, but also our own culpability as readers and actors in the “real world.” Conley succeeds in provoking readers to explore myriad possibilities.

Collapsible is a stimulating collection. It has expanded my worldview and enhanced my ability to look at new and different material. This kind of material helps expand my skills of analysis because it is unlike anything else I have ever read. I didn’t know what to expect when I began reading this collection, but I came off the last page wanting to read it again and again to feel a little closer to understanding the meaning behind each of the stories. They’re the kind of stories that make me want to write, to read, and to work my brain as hard as I can to find the answers. But they’re also the kind of stories that make me wonder whether or not there are answers.

Allow these stories to provide the questions. See if you can find your own answers. I don’t believe there will be only one for each story, nor will they be easy to find. These stories are as challenging as they are apparently simple, and that is their beauty. 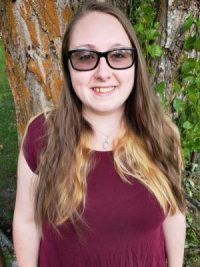 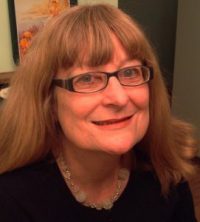 Myshara Herbert-McMyn is an undergraduate student at Thompson Rivers University, majoring in English and minoring in Creative Writing. This is her first published book review, an opportunity given to her through TRU’s Editing and Publishing course. Ginny Ratsoy is Associate Professor of English at Thompson Rivers University, where she teaches Canadian Literature and delights in mentoring promising undergraduate students through service learning, research, and co-writing for The Ormsby Review.