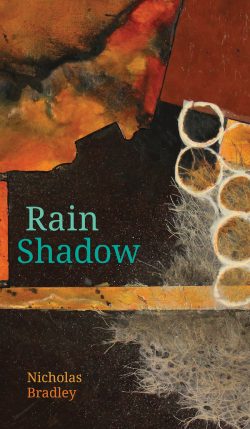 What should a poet know? Far more than with ornithology or the myths of ancient Greece, poets need to be obsessed with, and knowledgeable about, language itself, in all its multiplicities, nuances, and derivations. They need to feel, smell, and taste words as if they were fellow creatures, not in order to be deliberately recondite or obscure but to have the greatest possible resources at their brain-tips.

It is, then, surely no accident that Victoria poet Nicholas Bradley, in his epigraphs, quotes three times from the Oxford English Dictionary. Never mind that at times he uses words such as “acuate,” “advection,” “alcid,” “andesite,” “firn,” “megrims,” “moa,” or “piolet” that I had to look up: although obviously scholarly, his tone is so meticulously exact and authoritative, that readers may take on trust the appropriateness of unfamiliar terms.

Luckily his delight in language goes beyond semantics to embrace also the sounds of words, the internal rhymes, assonances, and cadences that bind a poem together and that are so often missing in much contemporary poetry.

Take, for example,  these lines from his first poem, “The same mountain twice:” 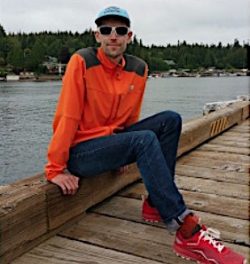 Omens were everywhere, like barnacles
on dry-docked hulls. Salt chuck slapped
wooden vessels, the concrete breakwater.
Limpets and mussels glistened in shallows.
We caught the last light on the Olympics
across Puget Sound. Lurid oysters delighted
In the salty stink, while we read stern
names, briny and knotted, on the monument
to the sons of Leif Erikson.

Granted, he is occasionally too perfect, going overboard in lines like these from “Maundy Thursday:”

Easter,
late, had blown in. Iron clouds
conspired to let fly
A hailstorm, disclose
a teasing rainbow. Pellets
were tokens, raindrops icons
Ice and arc bloomed as riddles
on the other side of windows 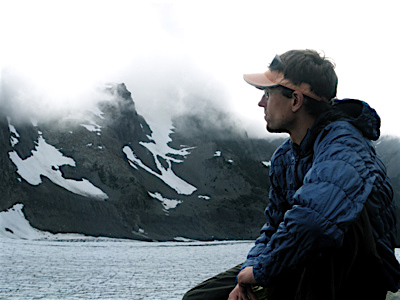 While admittedly euphonious, the multiple chiming effects here come across as too self-conscious, with an almost mannered control of sound patternings — not a common problem in contemporary Canadian poetry. Sometimes too, as in “Some goats,” every noun has to have its adjective: “The barrelling fog clears./ On the attenuated ledge/ above the hanging valley/ five sudden goats (my italics).

Such occasional excesses, however, are more than offset by the austere, almost minimalist language that pervades especially the first section as it evokes northern scenes of mountains and glaciers, but it is present throughout in Bradley’s meditations on vacancy, absence and failure, and the endangered natural world. Here his lines are appropriately clipped and laconic, juxtaposing spare declarative sentences:

The convexity of the sky
Is a cradle overturned,
Its rocking so modest
It could be taken for calm 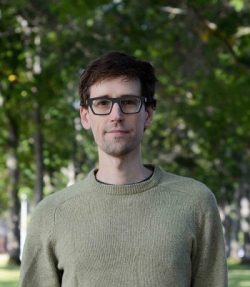 Moreover, Bradley’s authoritative, mostly detached, tone ranges widely, encompassing irony, as when he speaks of “pods of craning tourists,” or in “Sea to sky,” “protruding/ from windows telephoto /snouts snuffle waterlogged air;” but also the humour of “poor misnamed bird in search/ of signs and clues! Spotted, caught red-footed, he flees.”

Despite, or maybe in part because of, a nice line in self-deprecation, Bradley is not afraid to speculate, as here for instance in “Whiteout in May:”

As wet stars and dendrites
splatter the roads, I think that memories
of the ice age must lurk in the mind’s
fallow. No — I can hardly remember
last week. I picture lodgepoles and the western
red cedars that survive millennia

If his disdain for fashionable accoutrements of sports verges at times on rant, as in the poem “On reading Conquistadors of the Useless, by Lionel Terra,” for the most part he is content to try to find “a sense of order/ or what the mind seeks/ and the heart minds.”

Paired with this critical concern for ecology is a welcome breadth of literary and cultural allusion. Let’s take “Hot Spell in Wet Country,” which starts:

The word “jocund” makes it difficult to ignore Wordsworth’s poem “To Daffodils,” while even the dedication, “For Erin, sea-discoverer,” surely intends to remind us of Donne’s “The Good Morrow.”

Throughout Bradley references other writers such as Geoffrey Hill — whose stylistic austerity I suspect may have been an influence — along with Kenneth Rexroth, Emily Dickinson, W.H. Auden, and Earle Birney. But it comes naturally, and makes for a book that, though at times challenging to read, knows where it is going and amply rewards the reader’s persistence. Rain Shadow is an impressive first book. 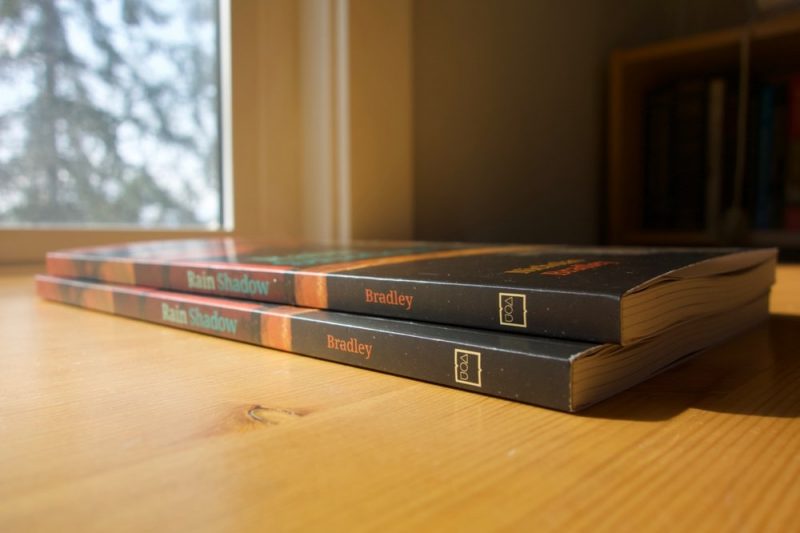