Dear Evelyn, the eigth novel by Kathy Page of Salt Spring Island, concerns the courtship, love, and marriage of Harry Miles and Evelyn Hill from the tumultuous early days of the Second World War to their deaths decades later. “I know of no contemporary writer who deals so convincingly with love,” writes Paul Headrick. “Page consistently dramatizes the ways in which the feelings of intimate couples are puzzling mixtures of hope, lust, genuine caring, resentment, politics, and much else.” — Ed. 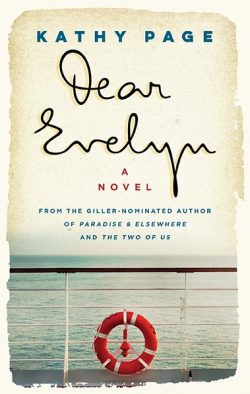 A man murders his girlfriend because she removes her glasses without his permission. A woman embarks on a self-punishing journey to confront the meaning of the accident that shaped her life. A writer of grotesque science fiction plans a brutal vengeance against the world. A palaeontologist battles to unearth a fossil of tremendous scientific importance while awaiting her potential death sentence.

These are the premises and protagonists of some of Kathy Page’s novels, respectively Frankie Styne and the Silver Man (1992), The Story of My Face (2002), Alphabet (2005), and The Find (2010). Early in each, dramatic events set the plot in motion, in some cases even before the novel begins. They put the characters under tremendous pressure, and the initial sharp tensions relentlessly escalate, while always remaining psychologically and morally complex.

And now, a departure. Dear Evelyn, Page’s new novel, tells the story of the marriage between Harry Miles and Evelyn Hill, from their courtship in the months before the Second World War to the ends of their lives. In this tale the gradual passing of time, the different stages of the protagonists’ relationship, provides the structure. Readers familiar with Page’s work might think at times that an urgent, concrete challenge is about to emerge, might even feel that they are being teased with the possibility. The manner in which the novel elicits then frustrates this expectation becomes part of what the story is about, the fundamental importance of our inner dramas — frustrated desires, silent successes, conflicts played out beneath the surface over decades. 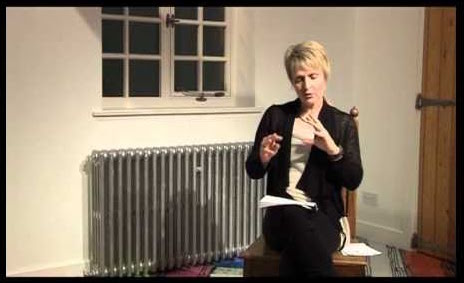 The novel’s opening describes Harry’s working-class London childhood, including his important connection with his English teacher at his new school. The inspirational teacher loses his job when he dares to acknowledge that some of the Shakespeare sonnets he’s teaching express a man’s love for another man, and an emotional parting follows. The narrative then jumps forward to Harry’s young adulthood and his encounter with Evelyn at a local library. This entire section, from the scholarship boy’s challenges at a new school to the library “meet cute” scene, is somewhat stock in its feel. It’s risky business, flirting with the familiar in this way, but Page’s elegant prose and eye for evocative detail pull it off so effectively that the very familiarity creates a tension between the plot line we know and the direction this version of it might take.

Young Evelyn hates her home, where her mother is frustratingly submissive to her selfish, alcoholic, illness-ridden husband. Evelyn is beautiful and strangely charismatic, and Harry is her escape from the family that traps and enrages her. For Harry’s part, Evelyn satisfies a desire to bring magic into his life, a desire not entirely compatible with a competing urge, the classically novelistic one to rise in class.

The initial threats to the marriage are external, beginning with the war that separates the two. Husband and wife both meet temptations to infidelity, described from their points of view with keen insight into what excites and attracts. They also both feel an estrangement threatening to grow out of their radically different experiences, as Harry endures the traumas of combat and Evelyn raises their first daughter alone.

This section includes letters from Harry to Evelyn (in some cases verbatim versions of letters Page’s father wrote to his wife). They movingly reveal Harry as a moral man, gifted with self-insight that’s almost painful: “And please understand, the conditions here are such that it is so difficult to really feel love, or anything, out here. We are hard at it and not getting much sleep so we don’t — can’t — feel much. So if I say, ‘I love you,’ it is a kind of shorthand and it really means ‘I do remember that I love you.’”

Postwar, Evelyn gives birth to another daughter, while Harry keeps up a gruelling schedule, working full time and studying for civil service exams. When they manage this early stage of their lives together and succeed in lifting themselves into the middle class, we begin to see that the real threat to the love they share is within them — in the compromises they make and those they refuse as they raise their family.

Harry is aware of that inner danger. After an argument, the couple make up by discussing their future house and garden, planning and dreaming together. Harry thinks of Blake’s “The Sick Rose.” It’s a famously puzzling poem, but here, the “dark secret love” of the invisible worm that promises to destroy the rose seems to be a feature of each of them, their collections of desires and impulses that they persist in despite their destructiveness. It’s far from the only time that Harry makes sense of his world, especially his love for Evelyn, through poetry, a habit that grows in importance. 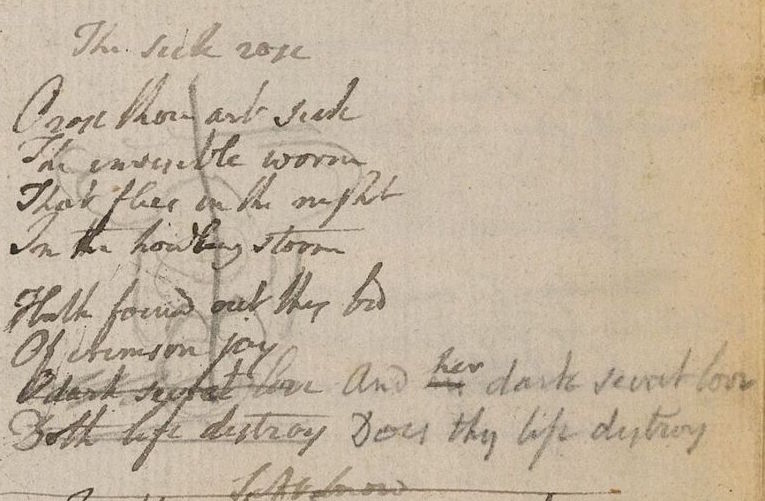 I know of no contemporary writer who deals so convincingly with love. Page consistently dramatizes the ways in which the feelings of intimate couples are puzzling mixtures of hope, lust, genuine caring, resentment, politics, and much else. For Evelyn, some of that “much else” is connected to the practical limitations of her world. In a crucial moment in the novel, Evelyn sees her doctor because she’s been experiencing chest pains. The doctor suggests that the problem is psychological, and that she could consider taking on some volunteer work, now that her children are growing up and needing her less:

Briefly, now, she recalled her desk in the reception room at Willis and Smythe: the ring of the telephone, the calm pleasure of answering it and of greeting the clients as they arrived for their appointments. She remembered going in to take dictation, the pile of typed letters to be checked and signed. Thick, creamy paper with the address embossed…. Both partners often praised her work, yet they handed her a termination notice the moment she told them she was going to get married. Career or husband. Not both. Not then. How she’d wept (p. 171).

It’s one of those moments in the story where readers may anticipate a narrative turn, an illness that will disrupt the lives Evelyn and Harry are creating, but it turns out that the diagnosis is correct. Evelyn wisely rejects the offer of tranquilizers, but she comes to a less than helpful understanding of what makes her heart pound so threateningly. It’s the misbehaviour of others. Especially, “It was when they did not and would not understand what she meant, and behaved appallingly, or idiotically, or in order to frustrate her — ”. Evelyn’s two-fold problem is revealed here: she has not been able to act in the world, outside of her family, so she has turned her personal force on her family. She reads resistance to her control as hostility rather than understandable desire for independence. 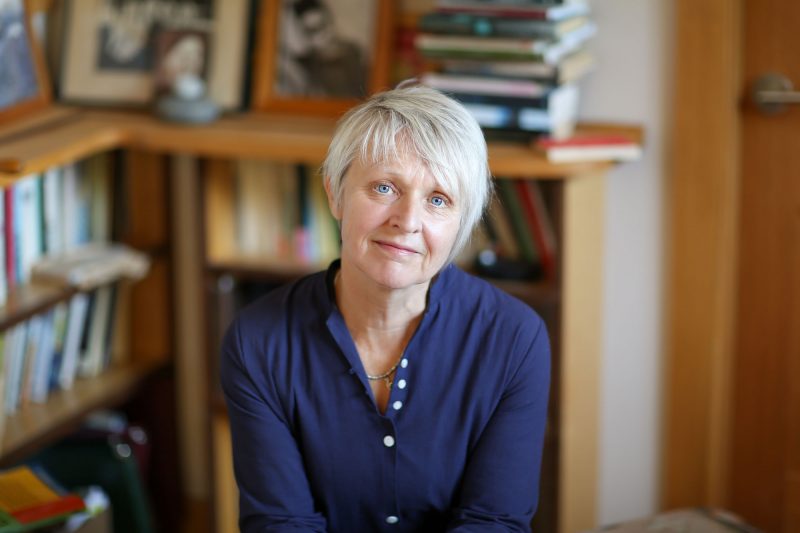 The limitation in Evelyn’s sense of herself becomes strikingly apparent when she discovers a letter written by her youngest daughter, Louise. The letter is addressed to a friend, frankly discussing a difficult romantic involvement. First we get Evelyn’s reaction: she is outraged. Then we get the letter itself, which reveals a girl who is inexperienced and naïve yet also wise beyond her years. Evelyn is blind to Louise’s fine sensibility and sees only her failure to be as she should be in relation to her. It’s the attitude that eventually leads all of the daughters to flee their mother.

The tension in the novel builds as its focus on the marriage intensifies. Can Harry find some way to help Evelyn shift her frustration from him to its real source? Will one leave the other? Will the novel blame Harry for his willingness always to yield while his sense of his inner self withers? Louise pleads with her father at one point: “‘Hold your ground. Don’t give in so much.’”

The novel commands us to pay attention as it postpones the explanation for the strange power of Evelyn and Harry’s troubled, intense, and somehow static pairing. Finally, the answer takes its surprising shape when the couple, now elderly, go on a cruise that includes a visit to Pompeii. Harry and Evelyn’s reactions to sights quite different from those we commonly associate with the ruin produce a subtle but stunning revelation, in which the tangle at the heart of the relationship doesn’t really loosen, but its strands begin to clarify.

The cruise episode is a tour de force, managing to be subtle and startling at the same time. It triggers a reconsideration of the significance of all that we’ve read to this point, including the many allusions to the poetry that Harry has studied, the myths that have moved him, and the attractiveness, perverse stubbornness, and unearthly strength in Evelyn. Evelyn and Harry return from their trip, face the challenges of old age and death, and it emerges that this most gently paced of Page’s novels is as ambitious and profoundly resonant as anything she has written. 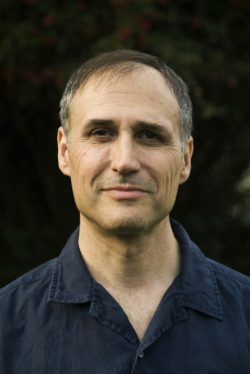 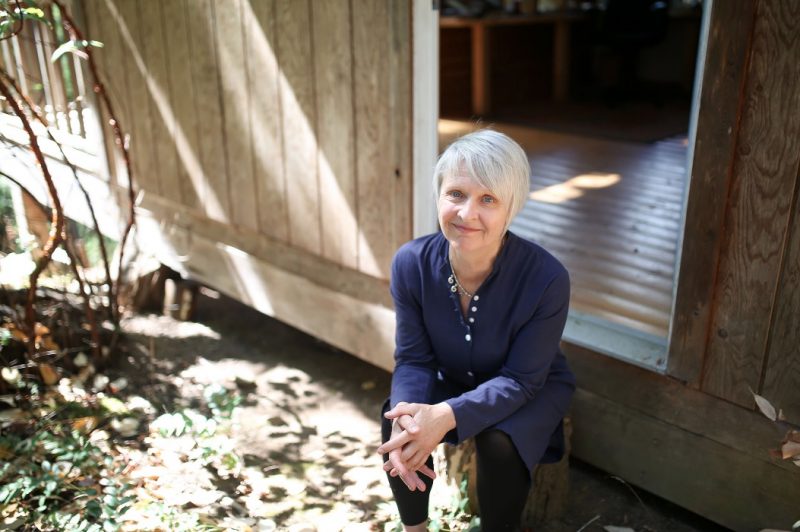