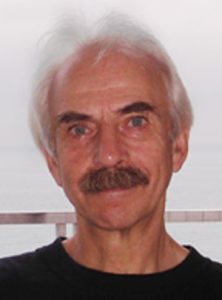 Hillel Wright has published the 30th anniversary issue of MiNUS TiDES international, a small literary magazine mainly from Denman and Hornby Islands. It all began in 1987 as a one-off satire of Denman’s monthly magazine, High Tides, when its editor went on holidays and temporarily halted production. “The crew, in the Denman Island anarchist spirit, just went ahead and published MiNUS TiDES!,” writes Wright. “Like minus tides in nature, we followed no predictable schedule. When we had 40 pages of good writing, we published.” The anniversary issue includes selections from previous issues such as Zella Clark’s memoir of her friendship with Canlit star, Margaret Laurence. Will there be more? “Hard to say,” he writes. “If 40 pages of good writing comes across the transom in the next 12 months – va pour ca?”