The Wild gets top billing 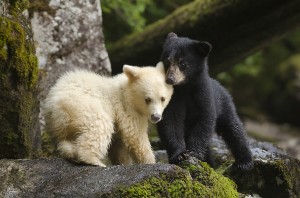 1. The Wild in You: Voices from the Forest and the Sea
Text by Lorna Crozier; Photography by Ian McAllister 9781771641609  Greystone Books

A testament to the miraculous beings that share our planet and the places where they live, The Wild in You is a creative collaboration between one of our time’s best nature photographers and one of North America’s most talented and critically acclaimed poets. Inspired by the beauty of McAllister’s photos, Crozier translates the wild emotion of land and sea into the language of the human heart. Featuring over 30 full-size photographs of wolves, bears, sea lions, jellyfish, and other wild creatures, paired with 30 original poems, The Wild in You challenges the reader to a deeper understanding of the connection between humans, animals, and our earth. 2. Gut: The Inside Story of Our Body’s Most Underrated Organ  Giulia Enders, illustrated by Jill Enders  9781771641494 Greystone Books
For too long, the gut has been the body’s most ignored and least appreciated organ, but it turns out that it’s responsible for more than just dirty work: our gut is at the core of who we are. Gut, an international bestseller, gives the alimentary canal its long-overdue moment in the spotlight. With quirky charm, rising science star Giulia Enders explains the gut’s magic, answering questions like: Why does acid reflux happen? What’s really up with gluten and lactose intolerance? How does the gut affect obesity and mood? Communication between the gut and the brain is one of the fastest-growing areas of medical research—on par with stem-cell research. Our gut reactions, we learn, are intimately connected with our physical and mental well-being. Enders’s beguiling manifesto will make you finally listen to those butterflies in your stomach: they’re trying to tell you something important.

Orca Chief is the third in a series of bestselling Northwest Coast legends, featuring brilliant illustrations by Roy Henry Vickers. In this captivating tale, the great Orca Chief compassionately teaches people on the coast how to treat the ocean’s resources in a sustainable way. Told with eloquent introspection and an eye for detail, Light Years is the personal account of a lighthouse keeper in twenty-first century British Columbia—an account that details Caroline Woodward’s endurance of extreme climatic, interpersonal and medical challenges, as well as the practical and psychological aspects of living a happy, healthy, useful and creative life in isolation.
5. British Columbia and Yukon Gold Hunters: A History in Photographs  Donald E. Waite  9781772030778  Heritage House Publishing
In this masterful collection of stories, historical images, and handcrafted maps, Donald Waite celebrates the human quest for gold. In addition to the best-known stories of gold hunters—including those who participated in the Cariboo rush to Barkerville and the 100,000 souls who clawed their way toward Yukon—Waite introduces many lesser-known discoveries and characters who became legendary during BC and Yukon’s first century.

Comedian-author Charlie Demers, whose brain-bending brand of black humour will be familiar to followers of CBC Radio’s The Debaters, offers his madcap perspective in a new collection of essays highlighting a wide range of topics under the heading of Bad Things. The Horrors is presented abecedarian-style, despoiling a beloved children’s book tradition in order to explore personal hangups that range from the slightly awkward to the down-right terrible. There are literally hundreds of murders that remain unsolved in Vancouver, some dating back decades; their victims are now essentially invisible, forgotten by everyone except family and friends. Sometimes their cases are looked at again with a fresh set of eyes and the benefit of new technologies; sometimes they are even solved. Most often, however, the crimes remain a mystery. Part history book, part crime story, Cold Case Vancouver delves into 50 years of some of Vancouver’s most baffling unsolved murders.
8. Letters to My Grandchildren  David Suzuki  9781771640886  Greystone Books
In these inspiring letters to his grandchildren, David Suzuki speaks passionately about their future. Letters to My Grandchildren includes stories from Suzuki’s own remarkable life—such as how he spent summers harvesting potatoes and celery as a child to make money for his family and why he has always preferred to work in radio rather than TV. As he ponders life’s deepest questions and offers up a lifetime of wisdom, Suzuki inspires us all to live with courage, conviction, and passion.
9. Sonia: The Life of Bohemian, Rancher and Artist Sonia Cornwall, 1919-2006  Sheryl Salloum  9781927575901  Caitlin Press
After Sonia Cornwall’s father died in 1939, her mother inherited the Onward Ranch and a huge debt. To make the ranch viable, a nineteen-year-old Sonia traded paintbrush for pitchfork, labouring alongside the male ranch hands. But after marrying Hugh Cornwall in 1947, Sonia had time for painting once again. Independent and driven, Sonia developed a distinct style that captured the nuances of the rugged interior in oils, mixed media, pastels and watercolours, doing for British Columbia’s Central Interior what Emily Carr did for the Coast. Billy Proctor, resident legend of Echo Bay, BC, recounts almost a century’s worth of experience with this collection of stories, memories and local knowledge of the central BC coast region around Blackfish Sound. Situated in the beautiful Broughton Archipelago between northern Vancouver Island and the mainland coast, this region boasts a history and culture as engaging as its stunning locale—and nobody tells its story quite like Proctor.
11. Toshiko  Michael klu8ck ner  9780988110175  Midtown Press
In the Interior of BC, during World War II, Japanese- Canadians are exiled from their homes on the Coast. Such is the fate of Toshiko and her cousin, who land on a farm near a small, hostile town. While in high school, Toshiko discovers that not all residents see them as the enemy. One farm boy in particular from her graduating class is curious about the plight of the Japanese- Canadians and a friendship develops that soon blossoms into a romance. When their relationship becomes a scandal, he is thrown out of his house and sets off with her for Vancouver, where they attempt to establish a life together before the harsh reality of wartime Canada closes in on them. 12. That Lonely Section of Hell: The Botched Investigation of a Serial Killer Who Almost Got Away  Lori Shenher  9781771640930  Greystone Books
In That Lonely Section of Hell, police detective Lori Shenher describes her role in Vancouver’s infamous Missing and Murdered Women Investigation and her years-long struggle with Post-Traumatic Stress Disorder as a result of her work on the case. From her first assignment in 1998 to explore an increase in the number of missing women to the harrowing 2002 interrogation of convicted serial killer Robert Pickton, Shenher tells a story of massive police failure—failure of the police to use the information about Pickton available to them, failure to understand the dark world of drug addiction and sex work, and failure to save more women from their killer.That Lonely Section of Hell passionately pursues the deeper truths behind the causes of this tragedy and the myriad ways the system failed to protect vulnerable women.