Epilepsy in a fantasy novel 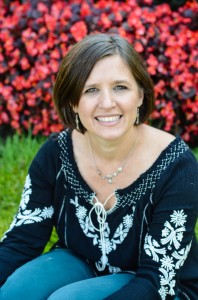 March is Epilepsy Awareness month in Canada–an ideal time to introduce Cathi Shaw‘s first novel, Five Corners (Ink Smith $16.97), Book One in her projected series called The Marked Ones. It’s the story of three sisters with different gifts–one of whom, Thia, suffers from epilepsy but her seizures result in visions that help guide them out of danger. The sisters have grown up in a sleepy village untouched by distant wars and political conflicts, until a dead child is found; a child that bears the same strange birthmark that all three sisters possess. The girls are soon forced to flee from their home and unravel the mysteries of their origins.

Born on January 3, 1969 in North Vancouver, Cathi Shaw of Summerland teaches rhetoric and professional writing in the Department of Communications at Okanagan College and is the co-author of the textbook Writing Today.